Investors resumed bargain hunting last week in search of competitive returns as yields, though improved, remained unattractive in the fixed income space, considering the sustained inflationary pressure in the economy. 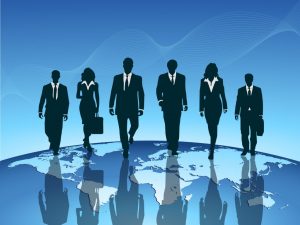 In light of this, the sentiment in the market was strongly bullish and broad-based, reinforced by previous week’s decline in the market which presented buying opportunities for stocks trading at relatively attractive prices.

However, going into the Christmas week, investors anticipate a sustained bullish performance as they take a position in undervalued stocks. Analysts predict that the market will likely remain upbeat buoyed by end-of-year portfolio re-balancing by fund managers, or even do the “Santa-Rally”. Despite this, intermittent profit-taking that could slow down the uptrend in the market is not ruled out.

The local bourse powered to new highs last week from a negative performance the previous week with a 7.5 per cent increase in the benchmark index to 36,804.75 points. The strong performance was buoyed by sustained gains on all 5 trading sessions of the week as investors gained N1.3 trillion as market capitalisation advanced to N19.24 trillion while market year to date return improved to 37.1 per cent.

On the bright side, market performance was outstanding across sectors as all six indicators gained week on week.

Lastly, the consumer goods and oil & gas indices closed 3.1 per cent and 1.3 per cent higher respectively from last week’s and supported by gains in Flour Mills (+5.3%) and OANDO (+9.4%).

Meanwhile, at the close of Friday trading, the NSE 30 Index increased by 1.81 per cent to close at 1,497.16 points as against 1,470.61 points on the previous day. Market turnover closed with a traded volume of 148.62 million units. FCMB and Dangote Cement were the key gainers, while there were no losers.