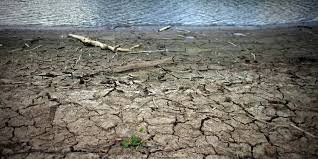 in Australia could force dairy farmers in South Australia to cull up to 15 percent of their herds, according to John Hunt, president of the South Australia Dairy Association.
The drought has led to a spike in grain prices, nearly doubling grain costs over normal and pushing costs above break-even levels.
Current grain prices are running about U.S. $285 per tonne, up from a more normal price of $165 per tonne. Hunt says a break-even price is about $225 per tonne.
Farmers have looked at importing grain, but shipping and pelleting costs, and biosecurity measures often make that impractical.
Australian dairy farmers rely on grazing for most of their feed, but supplement grain to increase production.
In a normal year, they will turn over 10 to 15 percent of their herd at the end of each grazing season.
This year, farmers are being forced to do that normal culling earlier due to the drought.
Hunt says dairy farmers in Australia’s northern dairy areas are seeing a similar impact.
Some grocery chains have imposed a levy on retail milk prices to help farmers, amounting to about 6¢ (U.S.) per quart of milk. But Hunt worries whether that money will be enough, or even reach affected farmers.
Businessamlive Website Stats