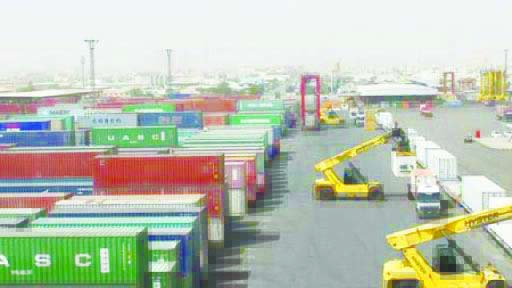 Nigeria has always coveted a port hub status for West and Central Africa. Going by her maritime resources, which covers over 870 kilometres coastal stretch, the country should indeed be a trade hub in the region. Again, having some landlocked countries with common boundaries points to opportunities for harnessing several dry port locations that could serve the hither-land businesses and the neighbouring countries such as Niger and Chad.

The Nigerian Shippers’ Council which is promoting the dry ports across six geopolitical zones of the country has been able to get into partnerships with several investors, some of them foreign investors in order to develop the dry ports. So, expectations were high on January 4, 2018 when President Muhammadu Buhari commissioned the Kaduna Inland Dry Port, operated by the Inland Container Nigeria Limited (ICNL) being the first to go into operation.

Unfortunately, the port’s first two years spanning 2018 and 2019 were not successful due to a number factors that militated against its operations. One major challenge has been the issue of Bill of Lading (BL). BL is a legal document issued by a carrier to a shipper that details the type, quantity, and destination of the goods being carried. A BL also serves as a shipment receipt when the carrier delivers the goods at a predetermined destination. Being a port of origin and destination means that exports can be initiated at the port and imports should be directly received at the dry port. It therefore has the same status as the seaport. Goods coming to the dry port, by global trade standard must not be tampered with until they reach the dry port where Customs officials would inspect them.

Working out the Bill of Lading

For these two years and counting, shipping lines coming to Nigeria have refused to generate BL for cargoes destined to the Kaduna Inland Dry Port and same fate is awaiting other dry ports if nothing is done about it. This is the first hurdle for the Nigerian Shippers’ Council (NSC).

Director of KIDP, Tony Iju Nwabunike said the onus remained with the NSC to sensitise importers and other businesses to begin to use the dry port.

“The dry port is ongoing now, though the patronage is not as we expected. We can look at it critically from two ways: one, the true Bill of Lading has not been perfected. The dry port is a port of origin and final destination. What this means is that the BL will be marked to that port because cargoes are meant to go directly there. But what we now have is that the shipping companies which are supposed to generate the BL to Kaduna port have not started doing so,” said Nwabunike.

He continued, “They have their reasons though. They said land freight transportation is very difficult for them to ascertain, unlike the sea freight, they are saying they cannot ascertain how much a truck will take the container from here (Lagos ports) to Kaduna. This development is discouraging them from doing the true BL and what they are trying to do is to bring it down to Lagos ports where the goods are cleared, but this negates the principles of dry port and international trade. So, we are looking at a situation where we can have a total logistics, where from point A to point B goods will not be tampered, vis-a-vis the area of transportation.”

The closed border, sensitisation and negotiation

The NSC will also have to engage in series of purposeful sensitisation and negotiation with agents of neigbouring countries across the public and private sectors. This is because, governments and businesses from neighbouring countries of Niger and Chad are not convinced yet of the cost advantage of importing through Nigerian ports. The dry ports in Kaduna and Kano are just about 500 kilometres from Niger, which is far less than 2,000km between Port Lome in Togo to Niger, which the country’s importers and exporters currently use. However, importers from Niger and Chad fear cost, safety and security implications of importing through Nigeria. This is added to bureaucratic bottlenecks and multiples of government agencies that importers have to deal with in Nigeria.

Again, Nigeria’s closed borders means that there is no trading between the country and its neigbours. This became the deadliest blow to the Kaduna dry port from August last year till the moment. While there is hope that the borders are opened in 2020, especially in view of the African Continental Free Trade Agreement (AfCFTA), the KIDP director said the Kaduna port remains half alive until the borders are opened. The Shippers Council may have little or nothing to do with this, but it definitely will rely on open borders to sell its dry ports agenda.

“Another reason for low patronage is most importantly, the neighbouring countries like the Niger Repoublic and Chad, who really want to use these terminals are saying that all the federal government agencies and their charges should be totally reviewed. They said, getting their goods from Lome in Togo to Niger is almost 2,000 kilometres, but from Kaduna dry port, it is just about 500km. There is no major reason not to import through Kaduna if every other condition is put in place. So, these are the areas we were working on before the closure of the borders. Unstuffing of goods is done in a big truck, four or five containers can be stacked into one single truck. We are telling Niger Republic that their containers arriving here must be under seal, same containerised for onward delivery to the border of Nigeria and Niger. We have told them that this is the best for them because of the safety of the goods and safety,” said Nwabunike, who is also president of Association of Nigerian Licensed Customs Agents (ANLCA).

Neigbouring countries want to know what it will cost them to import through a Nigerian port.

Nwabunike said, “People like me travel to Niger and Chad to discuss business with them. They are ready to come in and use our port, but they want us to put up a platform that they can see and compare with what they already have. One big advantage for us is that our port is nearer to them. But they really want to know the actual cost for them. Will it be cheaper to use the dry port in Nigeria?  Is it safer? How about the security of the goods and services? How about the government agencies…their relationship vis-a-vis the transit goods. Now that the border is closed, automatically, nothing will happen, until it opens.”

Before the borders open. the NSC will also have to bring in governments of northern states and businesses in the region to use the dry ports. While inaugurating the port in 2018, President Buhari had asked that the federal government be taken along on any issue the port would be having. The NSC should consider using the federal government channel to bring both state governments, businesses and farms in the north to the KIDP. Indications have shown that many of the northern state governors who are actually importing fertilisers, tractors, and other machinery are not patronising the Kaduna port.

“Of course, the NSC is actually working hard to see that we are surviving, but more efforts are needed to increase patronage. And as an arm of the federal government, the council is willing to do anything to make the dry port work. On our side, we are trying to have MoU with logistics companies so that we can have movement of goods to KIDP,” Nwabunike said.

Where is the rail?

Moving goods from the Lagos ports or other ports to the north by road could be very costly. The rail provides a much cheaper means of moving cargoes from seaports to the dry ports, but rail infrastructure in Nigeria is still far from being adequate. The federal government has obtained loans from China running into billions of naira to develop railway across the country, but only a little part of the efforts are currently being channeled to the ports to make thing works.

Hassan Bello, executive secretary of the NSC said, “Usually, freight transportation by road from Lagos seaport to Kaduna costs between N700,000 and N1 million, but the flag-off of rail operations at the dry port, should among other things reduce transportation cost, ease cargo clearance and also remove the cost of demurrage.” But this has not been the case. The NSC will have so much to do in this area to ensure that the ministry of transport give the needed attention to port rail.