Payment activities through electronic channels in Nigeria are valued at N10.3 trillion in January 2020, according to the Nigerian Interbank Settlement System (NiBSS). 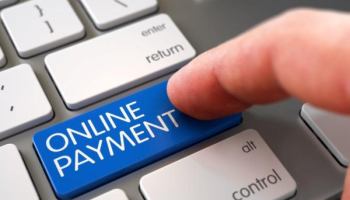 The January figure represents a 29 per cent increase in transaction value compared to N8.41 trillion recorded in January 2019 but a marginal decline of 4.1 per cent from N10.74 trillion e-payment deals facilitated by banks in December, 2019.

According to NiBSS’s latest e-payment report, volume of deals in the month under review also rose to 160.18 million, showing 58 per cent increase from 2019’s figure of 101.38 million transactions and 27 per cent higher than 126.57 million deals recorded in December last year.

According to the latest statistics, NIP topped the chart of electronic payment in the months just as in previous month as Nigerian banks facilitated deals worth N10.3 trillion in January this year, representing 27 per cent growth from N8.11tn in the corresponding period of 2019.

According to the record, at least, Nigerian executed payment transaction via the channel in no fewer than 111.35 million times in January this year, as against 72.29 million in January 2019.

The latest data show that the value of PoS transactions stood at N313.427 billion in January, recording a 41 per cent increase against N222.92 billion recorded in the corresponding period in 2019.

Inter-bank transfers made in Nigeria in the month under review amounted to N133.22 billion, posting a 397 per cent growth from N26.83 billion in the comparative month of 2019.

According to the NIBSS, electronic bill payments worth N92.76 billion were carried out by banks in January, representing 86 per cent growth from N49.76 billion in the same period in 2019.

The volume of electronic bills, according to the data, however indicated a decline of transaction as 122,685 bills were paid in January, 2020 as against 134,656 in January 2019, representing nine per cent reduction in volume.

This was 20 per cent reduction in payments made by customers in January 2019, which was N591.35 milliom.