The European Central Bank expects the global economy to slow next year as rising protectionism curbs trade growth.
While economic activity has remained resilient around the world, it has also become more uneven and signs of moderating momentum are increasingly evident, according to the ECB’s latest 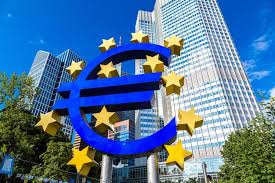 published on Thursday. Global trade growth has weakened and uncertainties about future trade relations have increased, the central bank added.
The cautious assessment comes amid volatility and threats from President Donald Trump of new tariffs on $200 billion estimated annual imports from China.

Both sides have imposed tariffs on billions of dollars’ worth of goods. The US has hit $250bn of Chinese goods with tariffs since July, and China has retaliated by imposing duties on $110bn of US products.

Mr Trump had also said that if talks in Argentina were unsuccessful, he would carry out a threat to hit the remaining $267bn of annual Chinese exports to the US with tariffs of between 10 and 25%

However, on December 2, 2018 in Argentina on the sideline of the G-20 Summit, the leaders of the US and China reached a truce. Mr Trump and Mr Xi held a “highly successful meeting”, according to a White House statement.

It says the US tariffs on Chinese goods will remain unchanged for 90 days, but warns: “If at the end of this period of time, the parties are unable to reach an agreement, the 10 percent tariffs will be raised to 25 percent.”

Image copyrightThe US says China agreed to “purchase a not yet agreed upon, but very substantial, amount of agricultural, energy, industrial, and other products from the United States to reduce the trade imbalance between our two countries”.

President Trump said earlier this year he wanted to stop the “unfair transfers of American technology and intellectual property to China”.

According to the US, China has also signalled it will allow a tie-up between two major semiconductor manufacturers which Chinese regulators have been blocking.