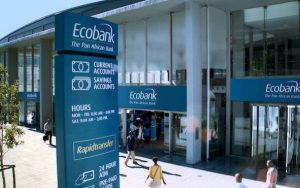 The banking institution, in a disclosure, revealed that the bond, which matures in June 2031, has a call option in June 2026 and was issued on a coupon rate of 8.75 percent with interest payable semi-annually in arrears.

Also, the bank stated that there was global interest from investors for the sophomore Eurobond, including from the United Kingdom, United States, Europe, the Middle East, Asia and Africa, achieving a 3.6x oversubscribed order book, of more than $1.3 billion at its peak.

The tier 2 lender said an equivalent amount of the net proceeds from the notes will be used by ETI to finance or refinance new or existing eligible assets as described in ETI’s Sustainable Finance Framework on which DNV issued a Second Party Opinion.

Commenting on the successful listing of the bond notes, Ade Ayeyemi, group chief executive officer, ETI, said: “The strong global interest in our issuance reflects investors’ confidence in Ecobank’s strategy and our commitment to sustainable financing. We thank the LSE for hosting ETI today and look forward to value creation for all our stakeholders. ”.

The coupon has a floating rate and the bond has a 10-year non-call five (10nc5) structure, meaning the notes can be redeemed after five years but only if early redemption is approved by APRA. The notes are also Basel III compliant, which means they include a non-viability trigger and can be converted into ordinary shares at APRA’s discretion.

The joint lead managers and book runners in the transaction were CitiBank, Mashreq, Renaissance Capital and Standard Chartered Bank, respectively.

The tier 2 issuance is the first to have a Basel III-compliant 10NC5 structure outside of sub-Saharan Africa in 144A/RegS format and is now listed on the main market of the London Stock Exchange.

IMF warns Marshal Islands against adopting its own cryptocurrency