The financial institution in a disclosure filed to the Nigerian Exchange revealed that the issuance is the first to have a Basel III-compliant 10NC5 structure outside of South Africa in 144A/RegS format and will be listed on the main market of the London Stock Exchange. 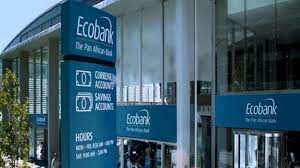 According to the disclosure, the bond, which matures in June 2031, has a call option in June 2026 and was issued at a coupon rate of 8.75 percent with interest payable semi-annually in arrears.

Meanwhile, the coupon has a floating rate and the bond has a 10-year non-call five (10nc5) structure, meaning the notes can be redeemed after five years but only if early redemption is approved by APRA. The notes are also Basel III compliant, which means they include a non-viability trigger and can be converted into ordinary shares at APRA’s discretion.

“This is a landmark issue for Ecobank, and indeed the success of this first Sustainable Tier 2 issuance is testament to our clear strategy, solid positioning across the pan-African banking space as well as our deliberate and long term focus on sustainable initiatives. We are particularly pleased with the diverse order book which reflects the confidence investors have in Ecobank to deliver on our commitment to sustainable financing,” said Ade Ayeyemi, group chief executive officer of ETI,while commenting on the successful launch.

The Ecobank chief also announced that an equivalent amount of the net proceeds from the notes will be used to finance or re-finance new or existing eligible assets. He also stated that the level of interest from investors for this Sophomore Eurobond issue was global, including the United Kingdom, United States, Europe, the Middle East, Asia and Africa, achieving a 3.6x oversubscribed order book of over $1.3 billion at its peak.

This first-ever Tier 2 Sustainability Notes transaction by a financial institution in sub-Saharan Africa was facilitated at the beginning by Nederlandse Financierings-Maatschappij voor Ontwikkelingslanden N.V. (“FMO”), a Dutch development financial institution, with a committed $50 million order.

Furthermore, the notes saw significant demand from asset managers from Europe on opening (including the UK) demonstrated by a number of large tickets. Overall, investor interest was global including accounts from the United States, the Middle East, Africa and Asia.

The joint lead managers and book runners in the transaction were Citibank, Mashreq, Renaissance Capital and Standard Chartered Bank, respectively.