Nigeria’s socio-economic and political outlook this 2023 would be dotted with new risks arising from elections politics, violence, corruption, shortage of skills and energy crisis, at a time the global economy is at the risk of a fresh recession, a new report by the Allianz Global Corporate & Specialty (AGCS), a leading global corporate insurance carrier and a key business unit of Allianz Group, has said.

According to the report, titled “Allianz Risk Barometer 2023,” the year for the entire world and Nigeria will be punctuated by both stability and change as cyber incidents and business interruptions rank as the biggest company concerns for the second year in succession (both with 34 percent of all responses).

While recession, cyber incidents, IT outages, ransomware attacks or data breaches shivers would grip the rest of the world, Nigeria’s landscape would be harried by three top risks of politics, (election) violence, and cyber incidents, the Allianz survey warned.

“A possible global recession is another likely source of disruption in 2023, with potential for supplier failure and insolvency, which is a particular concern for companies with single or limited critical suppliers. According to Allianz Trade, global business insolvencies are likely to rise significantly in 2023: +19%,” the risk consultancy company said. 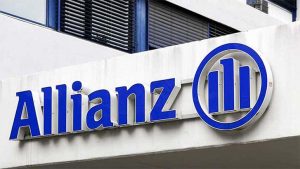 It also warned of business disruptions. “For businesses in many countries, 2023 is likely to be another year of heightened risks for business interruption (BI) because many business models are vulnerable to sudden shocks and change, which in turn impact profits and revenues. Ranking #2 globally and in Africa and the Middle East, BI is the number one risk in countries such as Cameroon, Brazil, Germany, Mexico, Netherlands, Singapore, South Korea, Sweden and the US. It also ranks in the top three risks in Ghana, Morocco and South Africa. It has however moved down to ninth in Nigeria from sixth”.

Known as digital and disruption dangers, cyber incidents such as IT outages, ransomware attacks or data breaches, ranks as the most important risk globally for the second year in succession – the first time this has occurred. It also ranks as the top peril in 19 different countries, among them Madagascar, Mauritius, Morocco, France, and the UK. It also ranks as a top three risk in Nigeria, Kenya, South Africa and Tanzania. It is the risk that small companies (<$250mn annual revenue) are most worried about, the risk and property-casualty company said.

The Allianz Risk Barometer 2023 indicated that the scope of disruptive sources is wide. Cyber is the cause of BI companies fear most (45 percent of responses); the second most important cause is the energy crisis (35 percent), followed by natural catastrophes (31%). The skyrocketing cost of energy has forced some energy-intensive industries to use energy more efficiently, move production to alternative locations or even consider temporary shutdowns. The resulting shortages threaten to cause supply disruption across a number of critical industries, including food, agriculture, chemicals, pharmaceuticals, construction and manufacturing.

However, the risk consultancy and property-casualty insurance solutions provider, sees a bright side of the global situation. The insurance sector would show a continuous improvement.

“The positive news is that as an insurer we see continuous improvement in this area among many of our clients, particularly around making supply chains more failure-proof, improving business continuity planning and strengthening cyber controls. Taking action to build resilience and de-risk is now front and centre for companies, given the events of recent years.”

According to the Allianz Barometer, Macroeconomic developments such as inflation, financial market volatility and a looming recession (up from #10 to #3 year-on-year), as well as the impact of the energy crisis (a new entry at #4) which are the top risers in this year’s list of global business risks, as the economic and political consequences of the world in the aftermath of Covid-19 and the Ukraine war take hold.

“Such pressing concerns call for immediate action from companies, explaining why both natural catastrophes (from #3 to #6) and climate change (#6 to #7) drop in the annual rankings, as does pandemic outbreak (from #4 to #13) as vaccines have brought an end to lockdowns and restrictions,” it said.

Additionally, political risks and violence made new entry in the top 10 global risks at #10, while Shortage of skilled workshop rises to #8. Changes in legislation and regulation remains a key risk at #5, while fire explosion drops two positions to #9.

The Allianz Risk Barometer is an annual business risk ranking compiled by Allianz Group’s corporate insurer Allianz Global Corporate & Specialty (AGCS), together with other Allianz entities, which incorporates the view of 2,712 risk management experts in 94 countries and territories including CEOs, risk managers, brokers and insurance experts. Respondents were questioned during October and November 2022. The survey focused on large- and small- to mid-size companies. Respondents were asked to select the industry about which they were particularly knowledgeable and to name up to three risks they believed to be most important. It is being published for the 12th time.

AGCS’ CEO Joachim Mueller commenting on the findings, said: “For the second year in a row the Allianz Risk Barometer shows that companies are most concerned about mounting cyber risks and business interruption. At the same time, they see inflation, an impending recession and the energy crisis as immediate threats to their business. Companies – in Europe and in the US in particular – worry about the current ‘permacrisis’ resulting from the consequences of the pandemic and the economic and political impact from ongoing war in Ukraine. It’s a stress test for every company’s resilience.

“The positive news is that as an insurer we see continuous improvement in this area among many of our clients, particularly around making supply chains more failure-proof, improving business continuity planning and strengthening cyber controls. Taking action to build resilience and de-risk is now front and centre for companies, given the events of recent years.”

In 2023, the top four risks in the Allianz Risk Barometer are broadly consistent across all company sizes globally – large, medium and small – as well as across core European economies and the US (energy crisis excepted). Risk concerns for businesses in Asia Pacific and African countries show some deviation, reflecting the different impact of the ongoing war in Ukraine and its economic and political repercussions.

“For many companies the threat in cyberspace is still higher than ever and cyber insurance claims remain at a high level. Large companies are now used to being targeted and able to repel most attacks. Increasingly, we see more small- and mid-size businesses impacted who often tend to underestimate their exposure. They all need to continuously invest in strengthening their cyber controls,” says Shanil Williams, AGCS board member and underwriting officer corporate, responsible for cyber underwriting.

According to the Allianz Cyber Centre of Competence, the frequency of ransomware attacks remains elevated in 2023, while the average cost of a data breach is at an all-time high at $4.35 million and expected to surpass $5mn in 2023. The conflict in Ukraine and wider geopolitical tensions are heightening the risk of a large-scale cyber-attack by state-sponsored actors. In addition, there is also a growing shortage of cyber security professionals, which brings challenges when it comes to improving security.

The scope of disruptive sources is wide. Cyber is the cause of BI companies fear most (45% of responses); the second most important cause is the energy crisis (35%), followed by natural catastrophes (31%). The skyrocketing cost of energy has forced some energy-intensive industries to use energy more efficiently, move production to alternative locations or even consider temporary shutdowns. The resulting shortages threaten to cause supply disruption across a number of critical industries, including food, agriculture, chemicals, pharmaceuticals, construction and manufacturing.

The risk company listed energy crisis as the biggest risk riser in the Allianz Risk Barometer appearing for the first time at #4 (22%). It ranks in the top risk three in Burundi and came in as a new entrant in Nigeria (#7) and South Africa (#6). Some industries, such as chemicals, fertilisers, glass, and aluminium manufacturing, can be reliant on a single source of energy – Russian gas in the case of many European countries – and are therefore vulnerable to disruption to energy supply or price increases. If such base industries struggle, repercussions can be felt further down the value chain in other sectors. According to Allianz Trade, the energy crisis will remain the largest profitability shock for European countries in particular. At current levels, energy prices would wipe out the profits of most non-financial corporates as pricing power is diminishing amid slowing demand.