The general election in the United Kingdom has compounded uncertainties surrounding Brexit, while many car owners are not willing to replace to take replacement purchases for now, a situation analysts at GlobalData saying is responsible for sluggish UK car market. 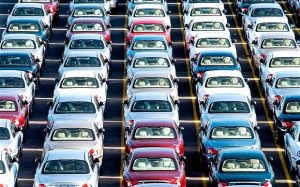 Following the news that the UK car market declined by 1.3% in November, David Leggett, automotive analyst at GlobalData, a leading data and analytics company said, “The UK car market has been trending down for some time, hit by weak consumer and business confidence.

“The general election has compounded the economic uncertainties surrounding Brexit, while many car owners are still holding off on replacement purchases as questions hang over the future direction of government policies and regulations concerning diesel engines and clean air zones in cities.”

He however noted that one significant positive is the steady growth of electrified vehicles in the UK’s car market, although much of the growth is derived from 48-Volt enhanced stop-start systems powered by combustion engines.

“There is a very long way to go to get fully electric vehicles to 10 percent of the car market – so far this year they took a share of just 1.5 percent. However, there will be a lift in 2020 with some very important model launches over the next twelve months – such as Volkswagen’s ID.3. Re-introducing government incentives for plug-in hybrids would help in the transition to an electric future,” he said.