Between January and September this year, the Nigerian economy attracted a total of $19.67bn worth of investments, figures released by the National Bureau of Statistics have revealed. 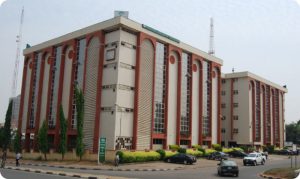 The NBS in its capital importation report, which was released on Monday, said the investments were from various sources.

A breakdown of the $19.67bn investments showed that $8.48bn was attracted into the economy in the first quarter.

This was made up of $243.36m from the FDI, while portfolio and other investments attracted $7.14bn and $1.09bn respectively.

For the second quarter, the NBS report stated that the economy attracted a total investment inflow of $5.82bn.

The second quarter investments inflow represents a decline of $2.66bn when compared to the first quarter figure of $8.48bn.

The report said the investment inflows into Nigeria declined by $460m from $5.82bn in the second quarter to $5.36bn in the third quarter.

In terms of sector, the report said investment inflows from banks dominated the third quarter with $1.75bn.

This, the report noted, accounted for 37.47 per cent of the total capital inflow during the period.

The NBS said this accounted for 92.71 per cent of the total capital inflow in the third quarter.

By bank inflows, the report said that Stanbic IBTC Bank Plc emerged at the top of capital investment in Nigeria with $1.63bn.

This accounted for 30.38 per cent of the total capital inflow in the third quarter.