The Edo State government has said the domestication of the National Health Act (NHAct), which is a part of the state’s health reforms, will provide legal support for the many initiatives being introduced to develop the health–care delivery system in the state. 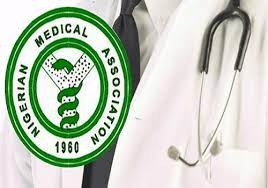 Obehi Akoria, the state’s commissioner for health, stated this while addressing participants at a workshop for stakeholders towards the implementation of the National Health Act (NHAct) aimed at improving health–care delivery in the state.

Akoria, a professor, expressed appreciation to HERFON for its efforts and disclosed that her ministry is working with the organization to guarantee the success of NHAct in Edo State.

“It is the responsibility of the government to create legislation that permits safe health practices,“ she said.

Akoria further said that Governor Godwin Obaseki is aware of the public’s health desires and has developed strategies to systematically address them.

She cited the renovation of the state’s primary healthcare facilities, which she described as the cornerstone of healthcare services, noting that “this has further strengthened government in making health facilities accessible to everyone in the state”.

The commissioner urged public and private medical practitioners in the state to unite and see themselves as an entity to support the review process and ensure a comprehensive Act that will address the urgent needs in medical practice, which will ultimately have an impact on the standard of healthcare provided to Edo residents.

“The ministry seeks not to exclude any professional but aims at the inclusion of all stakeholders to achieve the ultimate goal of excellent medical service delivery in the state,” Akoria said.

“The Act is for the good of all. Edo is leading on many fronts in this country. The problem in the nation’s health sector can be solved by using the example of Edo state,“ she said.

In his address, Opeyemi Adeosun, program manager of HERFON, commended the state government for its commitment towards raising the standards of health service delivery in the state.

Adeosun said that domestication of the NHAct is aimed at establishing legal requirements for health service delivery in the state while establishing a framework for controlling, regulating, and promoting health.

“If the legislation is put into effect, it will redesign how standards are defined and regulated for all medical services being provided in the state,“ the HERFON program manager said.