Mike Elechi, commercial farmer, agriculturist, and industrialist who recently emerged as the new president of the Port Harcourt Chamber of Commerce, Industry, Mines, Agriculture and Technology (PHCCIMA), after taking over from Nabil Ahmed Saleh during PHCCIMA’s 2021 elective annual general meeting held at the PHCCIMA council hall in Port Harcourt, Rivers State, has assured of progressive and inclusive leadership during his tenure. 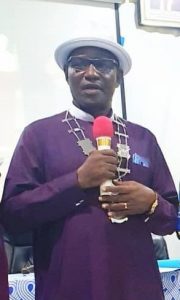 Until his new position, Elechi was the first deputy president of PHCCIMA.

He is a recipient of the Nigerian government’s National Productivity award honour (NPoM), in recognition of his company’s contributions to the growth of the nation’s gross domestic product (GDP).

The newly elected president, Elechi promised to operate an all-inclusive administration at the chamber of commerce that will engender peace, unity, acceleration, and open new frontiers of business opportunities for member companies.

As the mouthpiece of the organised private sector, he said PHCCIMA will continue to pursue its objectives by ensuring that businesses thrive, facilitate ease-of-doing business, engage all levels of government and its agencies in advocacy for effective and fair economic policies, and help in mentorship and development of large, medium and small-scale enterprises to stimulate the local economy; and also attract foreign direct investments (FDIs) to the state.