Tony Elumelu, chairman, UBA Group and founder of the Tony Elumelu Foundation, stressed the importance of entrepreneurship for the economic prosperity of young people and African countries at the official launch of GenU Sahel Initiative, part of Generation Unlimited (GenU), a global multi-sector, youth focused partnership, which is looking at connecting and empowering 10 million young people with entrepreneurship acquisitions, employment opportunities and relevant skills needed to thrive in the digital economy and foster economic development in the region by 2030. 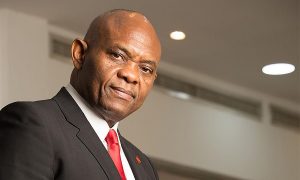 The new initiative proceeds the July 2021 announcement of a historical $1.6 billion funding by the United Nations Office of the Special Coordinator for Development in the Sahel (OSCS) in partnership with other development organisations to support the development of the ten Sahelian countries in the course of five years (2022-2027).