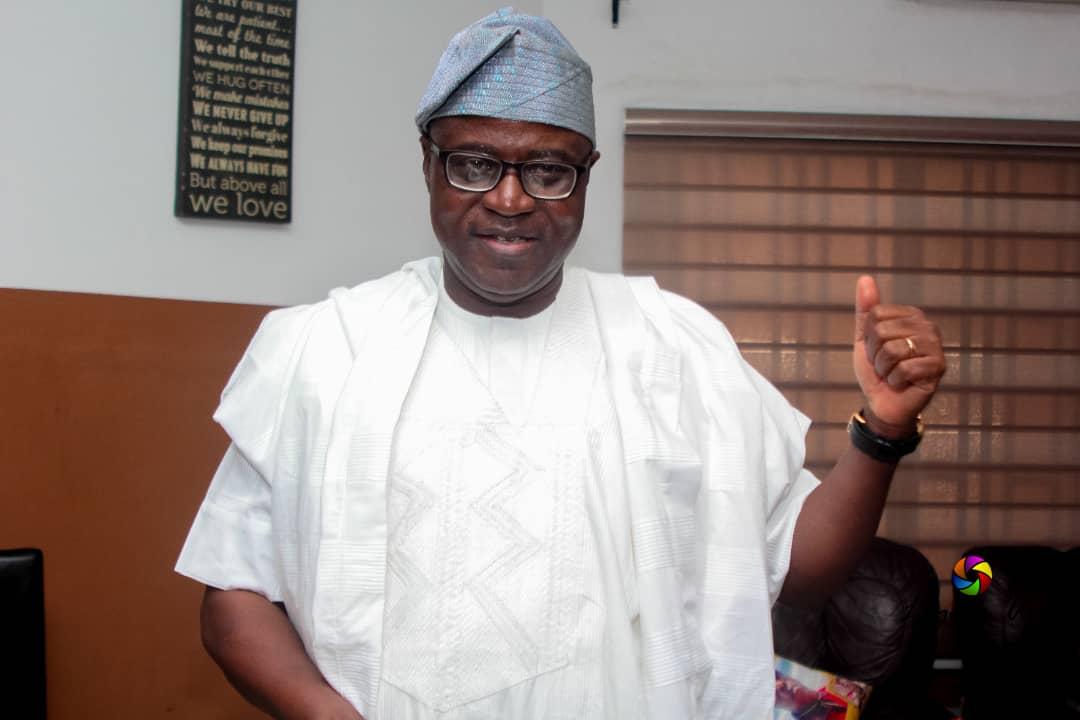 Olusina Elusakin, the chairman of GRS Insurance Brokers and a former deputy managing director of then wave making Industrial and General Insurance Company Limited (IGI), got a surprise virtual world-wide gathering of his former IGI colleagues to celebrate his 60th birthday recently, a fallout of the global Covid-19 pandemic that has made physical get-together a taboo.

Former colleagues paid tributes to a man whose foray into the insurance sector through IGI is remembered with nostalgia. These tributes were summed up by Pascal Egerue, a traditional chief, who said of Eusakin thus:

“How time flies! Quintessential Sina. Sina oil and gas. We met in our early thirties. Your brilliance was unmistakable. Of course, at that age, you had become legendary as one of the first two to qualify in the local CIIN (Chartered Insurance Institute of Nigeria) exam. You were held in awe for this feat. The fisher of men, Remi Olowude, late founder of (IGI) never took his eyes off you. He knew your worth even more than you did. That uncanny ability remained with the grandmaster. IGI taught us to work and work. I really wonder these days what kept us in the office almost on daily basis up to, at times, 2 a.m. The family camaraderie was one of it. Our penchant for excellence was another. IGI was founded on the Hawthorne business model which combined lighting, office ambience and modern facilities to upscale productivity of personnel. The personal relationship we cultivated made everybody his brother’s or sister’s keeper.  At IGI, every business proposal was like preparing a seminar paper. All expertise were invited and we really had it, multi-talented and multi-disciplinary college of insurance practitioners.

“Though some of us left at a time, it was unimaginable that Sina could leave. He went to African Re. I kept trying to add up what was in it until he returned to IGI. Our master strategist must have thought through the movement. Sina acquired incredible knowledge at Africa Re with which he sought to take IGI to the pinnacle. A very meticulous man, I shared office with Sina for a couple of years. We were not only colleagues but brothers and intellectual soul mates. Sina was never intemperate. He was cool, calculative and very respectful of elders, mates and even juniors. He had words of compassion for every person and would always ask you how you are faring.  He knew when best and how best to strike a very useful discussion with his bosses and he used this to great advantage, even in pleading for reprieve for colleagues who were in one problem or the other.  Sina gets things done. Even though he had access to power, he was not the type to gossip. He was very open and plain in our IGI days and has remained so, even as we sit together today as elders in most technical committees of the Chartered Insurance Institute of Nigeria.
“IGI had a marvelous facial structure, but it was regrettably, not reinforced with high calibre rods, hence the rapid crack at a time we should all be proudly looking back and pointing at the edifice. It is just nostalgia that hangs on our neck.  None of us will take a blame for what happened to our great company. We all gave our best, brainstorming from morning to night. Sina kept the faith and worked assiduously with Fash (Mr. Rotimi Fashola, former MD of IGI) to keep the great ship afloat. The rest is history. How time flies, Sina is now 60. A lot of times, my mind keeps wondering whether we were actually in the right profession as insurance practitioners and this is despite our huge accomplishments.  Sina could easily have become a Professor of Statistics or in Federal Service as the Statistician General of the Federation, but then, where will satisfaction ever come from?Sina took to the insurance profession, remained very passionate and innovative, emerging as one of the excellent minds in oil and gas insurance and in the process achieved local and global acclaim. I too, am racing to 60. I do hope life begins at 60 and that we will continue to celebrate in good health. Sina, my brother and colleague, I wish you a very resounding birthday. May God continue to bless you and keep you safe. Your deserved paragraph in the history of insurance in Nigeria is assured. Happy birthday,” Pascal Egerue wrote.

Elusakin joined IGI as Assistant Manager, Research and Development in 1991, after leaving NICON where he started his insurance career in 1988. He rose through the ranks to become the Deputy Managing Director in 2015. Within the period, he left IGI briefly from 2005 to 2007 to African Reinsurance Corporation, where he was Assistant Director, Special Risks. He is currently the chairman GRS Insurance Brokers. He is considered one of the leading experts in oil and gas insurance underwriting in Nigerian.