Stocks edged lower last week, puncturing the eight-week bullish streak of the broader index, on the back of sustained profit taking in high cap stocks. Accordingly, the NSE All-Share Index and market capitalization depreciated by 2.57 per cent to close the week at 34,136.82 and N17.838 trillion respectively and the year to date return waned to 27.18 per cent. 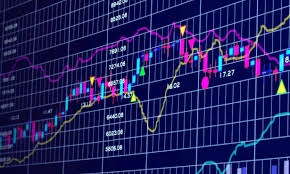 The sectoral performance closed the week bearish, as losses were recorded across five indexes with the Insurance index closing as the lone gainer, and appreciating by 0.51 per cent. The Industrial index closed as the worst-performing index by 2.41 per cent, dragged down by sustained selloffs in BUA Cement, Dangote Cement and Wapco. However, continuous profit-taking in the tier-1 banking stocks pulled the lenders down by 2.16 per cent.

Furthermore, the construction/real estate industry (measured by volume) led the activity chart with 8.529 billion shares valued at N6.055 billion traded in 438 deals; thus contributing 74.82 per cent and 16.87 per cent to the total equity turnover volume and value respectively.

The NSE 30 declined by 1.65 per cent, driven by losses in MTN, and the above mentioned banking and industrial stocks. The consumer and oil and gas index dipped by 0.66 per cent and 0.31 per cent, due to decline in Unilever, Dangote Sugar, International Breweries, Guinness and Oando. The insurance index closed up by 1.59 per cent, impelled by gains in Linkage Assurance, NEM, AIICO and Cornerstone Insurance.