The benchmark index of the Nigerian Stock Exchange (NSE) halted gains posted in the preceding trading session to drop by 0.16 per cent. 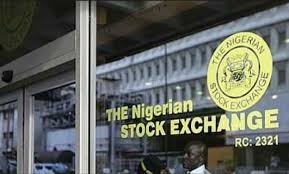 Similarly, the market capitalisation shed N21 billion or 0.16 per cent to close at N12.907 trillion.

The downturn was impacted by losses recorded in medium and large capitalised stocks, amongst which are: MTN Nigeria, GlaxoSmithKline, Dangote Flour Mills, Guaranty Trust Bank and Africa Prudential.

Analysts at Afrinvest Limited expected the bearish sentiment to persist as investors continued to take a risk-off approach toward the market.

GlaxoSmithKline recorded the highest price loss in percentage terms to lead the losers’ chart with 9.86 per cent, to close at N6.40 per share.

Courteville Business Solutions followed with a loss of 9.09 per cent to close at 20k, while Union Diagnostic & Clinical Services dropped 8.33 to close at 22k per share.

Conversely, NAHCO recorded the highest price gain of 5.15 per cent, to close at N2.45 per share.

In spite of the decline in market indicators, the volume traded increased by 35.12 per cent with a total of 174.41 million shares worth N2.32 billion traded in 2,484 deals.

This was against an exchange of 129.08 million shares valued at N2.74 billion transacted in 2,595 deals on Monday.

Transactions in the shares of Access Bank topped the activity chart with 27.28 million shares worth N201.51 million.