Ericsson executives have expressed concerns regarding the firm’s financial  performance  prospects in the first half of 2023 as operators struggle to curtail persistent  economic headwinds.

This comes after the Swedish multinational networking and telecommunications company disclosed a fall in Q4 2022 revenues which were dampened by previously-announced charges.

According to the fourth quarter report, the vendor booked net profit of 6.2 billion Swedish Krona (SEK), approximately $601.7 million, down 39 per cent on Q4 2021, with revenue up 21 per cent to SEK86 billion. 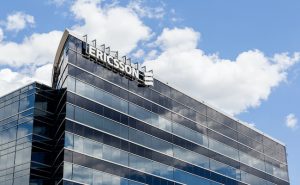 Prior to the Q4 2022 data, Ericsson had reported that SEK4 billion worth of one-off charges were taken in the quarter. These, it said,  covered the divestment of its IoT business, changes in its cloud software and services segment and a provision to cover a complaint from US authorities about alleged corruption in Iraq.

Following the release of the results, Fredrik Jejdling  Ericsson head of business area networks told online communications hub Mobile World Live that the company  in a “flat-ish RAN market” had already seen some of its “front leading customers taking and signalling their capex is coming off a bit”.

He added customers had also been “shelving a bit of stock over the past few quarters due to the supply chain situation,” noting the pair of factors “makes the short term perspective a bit choppy into the first half of 2024.

However, he pointed to “a big pick-up” in some of the emerging markets, citing India as an example of a country where it recently gained some significant share.

On the positive note, Ericsson disclosed that the signing of a long-term patent deal helped push up  its revenue from internet protocol  (IP) to SEK6 billion. Borje Ekholm, the company’s CEO said  he expects the segment to offer significant revenue growth in the next 18 months to 24 months.