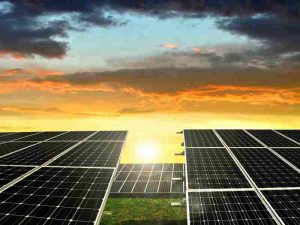 The U.S. and China, two of the world’s biggest economies, remain the top two markets for renewable energy investments in the world, the report said.

According to Ernst & Young (EY) in the latest edition of Renewable Energy Country Attractiveness Index, India is the top destination for solar PV. In the last 17 years, E&Y has published a list of the top 40 countries by renewable energy investment.

The list shows the U.S and China atop, the first and second most attractive destination for global clean energy investments respectively. A breakdown of the spending by technology type showed India as a top destination for solar photovoltaics with about 35GW of installed capacity, and very low solar electricity tariffs. China and the U.S. complete the list of the top three most attractive locations for solar photovoltaics, the EY index shows.

Meanwhile, in the latest survey, Morocco, a North African economic giant featured along with Portugal and Vietnam, which all climbed five places. Taiwan, the rich Asian nation, which has ambitious offshore wind targets, climbed14 places.

Nigeria, Africa’s top oil commodity-rich country, is still crawling behind its peers which are since betting on green and renewable energy, especially as demand for fossil fuels are declining due to the on-going global energy transition.