Eskom Holding SOC Ltd., the distressed utility that supplies 95 percent of South Africa’s power, will receive the biggest bailout in the nation’s history after the government stepped in to prevent its collapse.
Eskom will get a 69 billion rand ($4.9 billion) cash injection over the next three years to help service its debt and free up cash for operations, Finance Minister Tito Mboweni said in his budget speech Wednesday to lawmakers in Cape Town. Part of the utility’s transmission business will also be sold to private investors and it will have to drastically reduce costs.
“Pouring money directly into Eskom in its current form is like pouring water into a sieve,” Mboweni said. “We are setting aside 23 billion rand a year to financially support Eskom during its reconfiguration.’’
The government’s plans to reorganize Eskom and increase renewable energy purchases from private producers put it on a collision course with labor unions concerned about potential job losses. That bodes ill for the ruling African National Congress, which is due to contest national elections on May 8 and is heavily reliant on its union allies to help it campaign.
“We expected a bailout of this size, as it is just enough (R23 billion) to keep Eskom solvent on a year-on-year basis, Darias Jonker, Africa director at Eurasia Group, said by email. “But Eskom will need to find other sources of financing too and is likely to include international capital markets in this regard.” 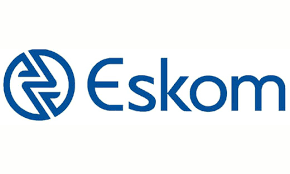 The utility also awaits a decision by the National Energy Regulator of South Africa on its application to raise tariffs by more than 15 percent annually for three years.
Eskom is saddled with 419 billion rand of debt and isn’t selling enough power to cover its interest payments and operating costs, a legacy of years of mismanagement and cost overruns on new plants. The government warned lawmakers last week that the utility is “will cease to exist at current trajectory by April 2019.”
The cash for Eskom will come partly from reprioritizing and cutting other spending, including a reduction in the state’s salary bill, according to the budget review. The bailout falls short of Eskom’s request for the government to take 100 billion rand of its debt onto its own balance sheet.
“I want to make it clear: the national government is not taking on Eskom’s debt,’’ Mboweni said. “Eskom took on the debt. It must ultimately repay it.’’
President Cyril Ramaphosa announced plans to split Eskom into generation, distribution and transmission businesses under a state holding company in his Feb. 7 State of the Nation address. That will enable each unit to manage its costs more effectively and make it easier for them to raise funding, he said.
The businesses will have their own boards, take over some of Eskom’s assets, liabilities and staff and have to produce financial statements, the National Treasury said in an annexure to the budget. The transmission company should be set up by mid-2019 and control the national grid, power substations, and the gas turbines, hydro and pumped storage facilities that supplement the electricity supply during peak times, it said.
The Treasury outlined several other reasons for splitting up Eskom, including:
Reducing the opportunity for fraud and corruption.
Mitigating the risk that Eskom is too big to fail and limiting the financial contagion from its underperforming generation business.
Diversifying power generation by encouraging private investment and reducing the nation’s reliance on a single electricity supplier.
Providing open access to the grid and removing conflicts of interest that arise from buying power from independent suppliers.
Generating competition in the electricity market.
The government increased its contingency reserve to 13 billion rand for the year through March 2020 to enable it to support other struggling state companies. Any support agreed on will be raised from the sale of non-core assets and won’t impact the government’s spending ceiling, according to the budget review.
Those that have requested aid include South African Airways, which hasn’t made a profit since 2011 and has 12.7 billion rand of debt due at the end of March. The carrier is in talks with banks about refinancing loans, and then will sell state-guaranteed debt and receive a capital injection for the 4 billion rand it needs for the year through March 2020, the Treasury said.