Ethiopia has shut off internet access to its citizens, according to reports from inside the country, apparently due to leaked exam papers for the nation’s grade 10 examinations.

Outbound traffic from Ethiopia was shutdown around 4pm UK time on Tuesday, according to Google’s transparency report, which registered Ethiopian visits to the company’s sites plummeting over the evening. By Wednesday afternoon, access still had not been restored.

Last year, activists leaked the papers for the country’s 12th grade national exams, calling for the postponement of the papers due to a school shutdown in the regional state of Oromia. Now, the government appears to have taken the move to shut down internet access as a preventative measure. 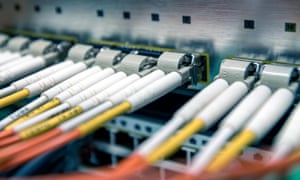 It’s the third time in a year that Ethiopia’s digital borders have been slammed shut. In July 2016, the government blocked a significant amount of traffic after university entrance exams were posted online; another block followed in August of that year.
The move is a common one across many developing nations: Algeria also blocked access to social media, in June last year, in an attempt to fight cheating in school exams.