The European Union blocked the rail deal between Alstom and Siemens on Wednesday, citing competition concerns. 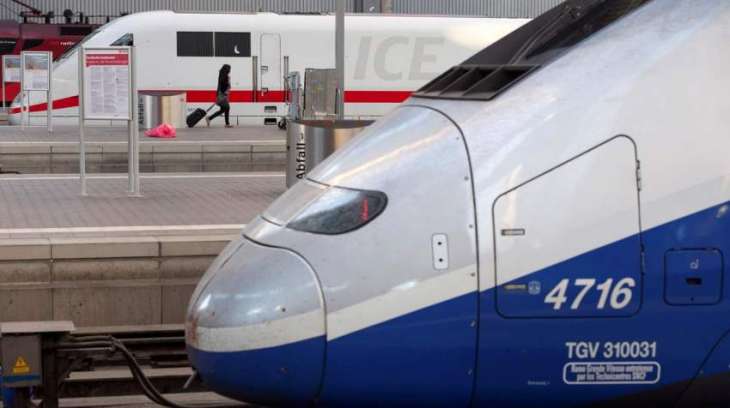 The merger proposal between the French and the German companies planned to create a European rail champion with revenues of about 15 billion euros ($17 billion). However, both firms have a large presence in Europe and there were concerns that the deal could challenge EU competition rules.
EU Commissioner Margrethe Vestager, in charge of competition policy, said in a statement: “Without sufficient remedies, this merger would have resulted in higher prices for the signaling systems that keep passengers safe and for the next generations of very high-speed trains.”
“The Commission prohibited the merger because the companies were not willing to address our serious competition concerns,” she added.
The merger proposal referred only to the companies’ transport services and would have combined them into one new firm, solely controlled by Siemens.
Speaking to CNBC after the announcement, Vestager said: “The huge part of this deal raised no problems whatsoever… but we were still left with main line signalling – which is very important, it’s what keeps us safe on board of a train – and very high speeds and here the companies couldn’t propose remedies that could solve the competition concerns.”
The European Commission, the EU’s executive arm, said that it received a number of complaints during its investigation, including from customers and industry associations, as well as negative comments from several national competition authorities.
The EU’s competition authority specified that the proposed merger would have created an “undisputed” market leader in several mainline signaling markets, as well as reducing the number of suppliers by removing one of the two largest manufacturers of very high-speed rolling stock.
Siemens said in a statement that it regretted the decision, adding that “Europe urgently needs structural reform in the way it shapes its industrial future in a globally connected world.”
Vestager told CNBC’s Willem Marx: “I understand the sense of urgency, because these are very important businesses, these are European champions they are also global champions…and we need to fend for ourselves when it comes to unfair competition, because we see that. We see there is no reciprocity…Of course we need to be more hard-nosed, I do agree on that, but it shouldn’t be at the expense of the European customer.”
Both the German and French governments had supported the merger, believing the deal would’ve been a good counter to the economic rise of China. France’s Finance Minister Bruno Le Maire said earlier this month that blocking the deal would be a “political mistake.”
In Wednesday’s ruling, the European Commission said it considers it “highly unlikely that a new entry from China would represent a competitive constraint.”
“No Chinese supplier has ever participated in a signaling tender in Europe or delivered a single very high speed train outside China. There is no prospect of Chinese entry in the European market in the foreseeable future,” Vestager said in a press conference Wednesday.
“We assess and reexamine our competition rules and the processes, and we adapt them where we need it,” Vestager said in Brussels.
The French government said Wednesday morning that it would be discussing with Germany ways to change European competition rules. “The current EU rules are obsolete,” Le Maire told France 2 television.