Senior steel industry executives on Wednesday urged the European Commission to strengthen measures to protect against a surge in imports triggered by U.S. tariffs, saying the future of the European industry was under threat, particularly in Britain. 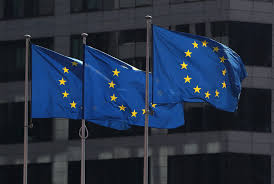 Chief executives, including from Outokumpu, Salzgitter, and a division chief at ArcelorMittal said the EU safeguard measures have not been effective and a 5% increase in quotas from the start of July will add to pain the European industry faces.
Steel-making in Britain has particular issues as it grapples with higher energy costs than in other countries, they said, as well as the uncertainty surrounding its decision to leave the European Union.
The EU steel industry in 2018 was challenged by a 12 percent increase in imports of finished steel products in a market that grew by only 3.3 percent, industry body Eurofer said.
The increase in imports happened despite safeguard measures designed to limit incoming steel following Washington’s 25 percent import tariffs, which have effectively closed the U.S. market.
EU quotas are set at the average level of imports in 2015-2017 plus 5%, with further 5% hikes envisaged on July 1 and a year later.
The executives want the Commission, the EU executive, to scrap or postpone the 5% increase and to introduce other changes, notably to the way developing countries are treated.
“Do you want a Europe without steelmaking or do you want a Europe that is the world leader in modern steelmaking?” Geert van Poelvoorde, CEO of ArcelorMittal Europe Flat, told reporters. “Will it be with us or without us? This is what is at stake.”
Developing countries are exempt from the safeguards as long as their imports of a given product were not more than 3% of imports.
But Outokumpu chief Roeland Baan said that Indonesia had in a year transformed into a “stainless steel superpower” and seized a 28.5% share of the EU market.
The Commission is reviewing the scheme, with results expected in October.
“I do believe that in October, the Commission will take into account our points and they will put that into the revision of the safeguards,” Baan said.
The Commission had no immediate comment.
Outokumpu has operations around the world, including in Britain, which Baan said was particularly challenging because of energy costs.
“The chance of Britain not having a steel industry is real,” he said, adding that would lead not just to the loss of thousands of jobs, but to the loss of expertise.
The industry had asked the Briti