Nigeria’s cocoa sector is on the verge of a disastrous setback in the global market as major buyers of the commodity in the European Union have threatened to ban the importation of Nigeria cocoa into the region from 2022 over allegations of chemical overdose and a decline in quality. 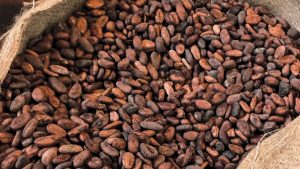 Adeola Adegoke, president,  Cocoa Farmers Association of Nigeria (CFAN), who made the disclosure during a press briefing on the forthcoming 2021 cocoa farmers summit in Abuja, said the country’s cocoa farmers were worried over the imminent rejection of the commodity by the Netherlands, Germany and other major players in the European Union, expected to commence from next year.

Adegoke noted that the European Union’s policy on overdose of chemicals and the threat to reject Nigeria’s cocoa are issues that must be taken into serious consideration, adding that failure to critically address them could hinder the country’s cocoa sector from competing favourably with other exporters in the global market.
Commenting on Nigeria’s production level, he said the country currently produces about 250,000 metric tonnes. He also bemoaned that Nigeria’s average productivity per hectare stands at about 300 to 350 kilogramme, compared to Ghana and Ivory Coast with an average production per hectare of 800 to 1000 kilogrammes.

“It is unacceptable to us as stakeholders for Nigeria to have the land, resources and manpower and be producing 250,000 metric tonnes, whereas Ivory Coast, which does not enjoy the land that we have, produces about 2.5 million to 2.8 million metric tonnes, while Ghana produces 1.5 million tonnes,” he stated.
The CFAN president, however, assured that the summit would address critical issues affecting cocoa production, including challenges on national policy on cocoa in Nigeria, land availability for youth participation and climate change.
“We are also looking at addressing the EU policy  which says as long as we continue to use chemicals more than the original level, it will be rejected by 2022,” he added.
Businessamlive Website Stats