The EU on Wednesday unveiled a wide-ranging list of US-made goods, from beeswax to car parts, subject to tariffs in retaliation for subsidies to Boeing as a transatlantic trade war risked re-erupting.
“European companies must be able to compete on fair and equal terms… We must continue to defend a level-playing field for our industry,” said EU Trade Commissioner Cecilia Malmstrom in a statement. 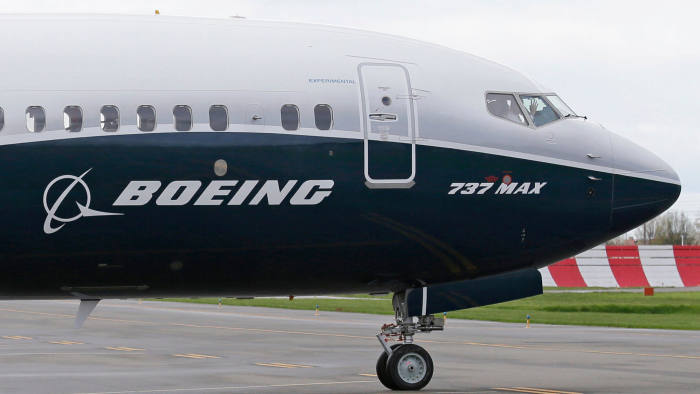 Europe’s $12 billion claim against Boeing comes on the trail of a similar demand by the US for $11 billion in compensation for EU subsidies towards Airbus.
The ultimate amount to be won by both sides will be determined by the World Trade Organization, with the finals sums likely to be far below the tit-for-tat demands by the EU and US.
The Boeing-Airbus trade row has rumbled on for 14 years with the EU and US mutually accusing each other at the WTO of doling out illegal state aid since the 1990s to their respective aeronautical champions.
Malmstrom insisted that the EU wanted to close the tit-for-tat battle amicably.
“While we need to be ready with countermeasures in case there is no other way out, I still believe that dialogue is what should prevail between important partners such as the EU and the US,” she said.
The feud has been caught in the protectionist wave launched by US President Donald Trump against Europe, with a threat by Washington to slam tariffs on car imports still looming.
Hoping to avoid a trade war and appease Trump, the EU on Monday agreed to launch formal negotiations towards a limited trade deal with the US.
The trade deal was part of a surprise truce negotiated in July between Trump and the EU after the US imposed tariffs on steel and aluminium imports that are still in effect.
But the success of those trade talks seem increasingly doubtful with the EU insisting that agricultural products be kept out of any deal, a stance that infuriates Trump.
The Trump administration earlier this month threatened tariffs in response to subsidies received by aircraft maker Airbus that target a host of European products including helicopters, aircraft parts and gouda cheese.
Trump tweeted on April 9: “The EU has taken advantage of the US on trade for many years. It will soon stop!”
The EU-US trade row has been overshadowed by Trump’s bigger conflict with China that has sent tremors across the world economy.

Will the Central Bank of Nigeria pull the rate cut trigger?