According to Dumebi, Eudora Pharmaceutical produces, retails and distributes homoeopathic and herbal drugs, and other generic drugs in Nigeria and outside the country. 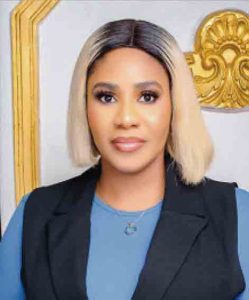 Recently, she said the company distributed some of the drugs it manufactures to some categories of Imo people, such as the hearing impaired, the blind, crippled, widows, orphans, as the company’s own form of corporate social responsibility (CSR).

She stated that the day of distribution of the drugs and other items was also used to mark the remembrance of Eudora Obiageli Igwe who founded “Eudora Obiageli Foundation”, a humanitarian arm of Euodora Pharmaceutical.

The late Eudora Obiageli Igwe, who while she was alive ensured that Eudora Obiageli Foundation, effectively  cared for the less privileged, renovated houses, built new houses for the orphans and extended other  forms of humanitarian  services to the have-nots  in the society, as well as seeing that  the company performed  its corporate social responsibility (CSR) functions effectively.

According to her, some of the products are, Ashnil, Avitor tabs, Folic acid, Genine Paracetamol, Re Gestinine tabs, Mazoka tabs, Reacoten cream, Reastomy,  Regalgan tabs, etc

According to Dumebi, Euodora Pharmaceutical  Industry limited with the motto, “We Care”, has a mission “to achieve delivery of pharmaceutical products without affecting the quality,” with  a vision “to deliver quality drugs using best quality practice available nationwide and beyond”.