The smoothly executed rescue of Spain’s struggling Banco Popular prodded European banking stocks higher on Wednesday in financial markets dominated by caution ahead of a trio of major events on Thursday, Reuters reports.

The absorption of Popular by Spain’s biggest bank Santander for a nominal one euro was the first use of a regime to deal with failing banks adopted after the 2008 financial crisis and made barely a ripple in Europe’s stock and debt markets.

Indeed, as the morning wore on the success of the process pushed shares in many major banks higher, supporting a recovery for Madrid’s stock market and fending off this week’s broadly weaker mood. 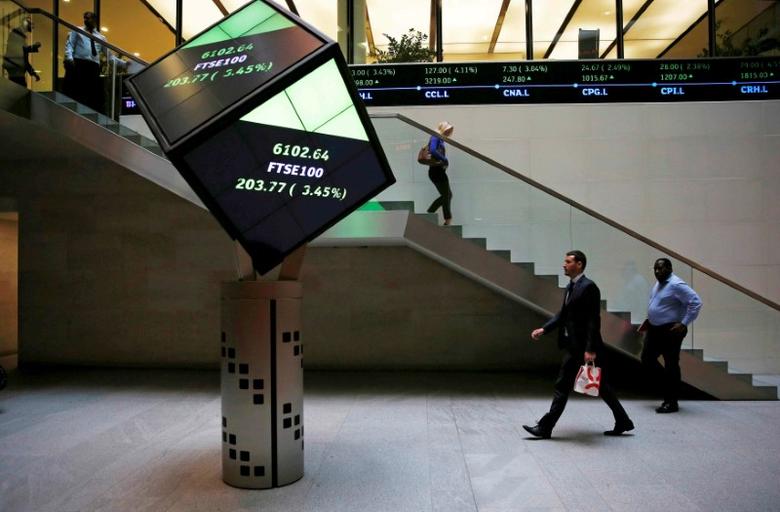 But the rescue also underlines the risks to growth, banking and government debt burdens that are likely to delay a major switch in language and policy direction by the European Central Bank at its meeting on Thursday.

That in turn has kept the euro in check this week and it was down 0.15 percent against the dollar in morning trade in Europe.

“Maybe tomorrow’s ECB meeting sees nothing but platitudes and disappoints a market that is getting ahead of itself,” said Societe Generale analyst Kit Juckes,

“But (for us) that would be a huge euro buying opportunity, because ECB normalisation IS coming. And when it does, the euro simply won’t be able to sustain undervalued levels for long.”

Oil prices, however, were again almost 1 percent lower and the flood of money into the perceived security of Japan’s yen this week continued.

It was up another 0.2 percent at 109.17 yen per dollar – a 7-week high. The greenback has lost more than 1 percent so far this week, pressured by a sharp drop in U.S. Treasury yields to seven-month lows.

A surprisingly closely-fought British election set for Thursday is weighing on investors’ minds along with Senate testimony from James Comey, the former FBI chief fired by President Donald Trump.

Any damaging revelations in Comey’s testimony are likely to further hurt Trump and take the wind out of his plans to roll back regulations and overhaul the tax system – an agenda that had sent the dollar to 14-year highs earlier this year.

“Tomorrow’s what is being dubbed as ‘Triple Threat Thursday’, … an event-filled day that could send global markets on a bumpy ride,” said ING currency strategist Viraj Patel.