This was disclosed during a review conducted by the International Cocoa Organisation (ICCO). 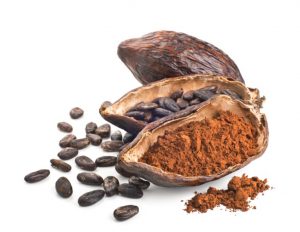 The ICCO Expert Working Group on Stocks (EWGS), composed of experts in the cocoa sector met via a video conference on Thursday, January 28 to assess the level of European cocoa bean stocks following a survey by international researchers.

However, the group noted that there was a limitation in data interpretation as not all warehouse-keepers responded to the survey and the same values were considered for two warehouses which possessed about 90,000 tonnes of stocks altogether.

The regular publication of information on terminal market stocks of cocoa by ICE Futures Europe also presented its report which indicated a drop in cocoa market stocks.

According to the ICE, the percentage of terminal market stocks was reduced by eight per cent from 169,510 tonnes at the end of the 2018/19 season to 156,730 tonnes for the 2019/20 season. The group however,discussed only the European stocks, an action it explained was due to unavoidable circumstances, stating it would conduct another meeting to assess total estimated worldwide stocks of cocoa beans and a press release to that effect will be issued in due course.

Nigeria is one of the exporting cocoa member organisations. The fourth highest cocoa exporting country joined the organisation on October 10, 2018 after it acceded to the International Cocoa Agreement of 2010.