Some European oil majors have made inroads into the emerging U.S. offshore wind energy market, aiming to leverage their experience of deepwater development and the crowded offshore wind arena at home.

Late entrants to the offshore wind game in Europe, which began with a project off Denmark 25 years ago and is now approaching maturity, they are looking across the Atlantic at what they view as a huge and potentially lucrative new market.

Norway’s Statoil has won a license to develop a wind farm of the New York coast, is marketing its new floating turbine to California and Hawaii and is retraining some oil and gas staff to work in its wind division. 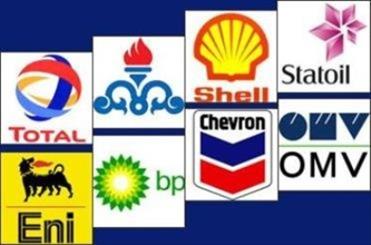 Royal Dutch Shell bid for a lease offshore North Carolina earlier this year while Denmark’s DONG Energy, a wind energy pioneer which agreed to sell its oil and gas business in May, is in a Massachusetts-based offshore wind consortium, holds a lease off the New Jersey coast and has opened an office in Boston.

Offshore wind generation began in the United States late last year, ironically after the election of President Donald Trump. He is skeptical about climate change, complains about subsidies for renewable energy and battled against an offshore wind farm near his Scottish golf resort.

However, a string of federal seabed leases were awarded before Trump took office and more are planned. The investment needed to get projects going is one of the biggest obstacles.

While DONG has shifted decisively towards renewables, Statoil and Shell are still firmly rooted in fossil fuels and other major European oil companies, in common with their U.S. counterparts, have so far steered clear of U.S. offshore wind.

Washington estimates its potential at 2,000 gigawatts (GW), many times anticipated capacity in Europe of 25 GW by 2020, but U.S. federal subsidies expire at the end of 2019 and while they may be renewed by Congress, that is no means certain.

Costs in Europe have fallen to a level that enabled DONG to place a zero subsidy bid earlier this year, but offshore wind farms are still multi-billion dollar projects. A push into deeper U.S. waters and the bigger turbines needed to compete without subsidies will keep price tags high.

Trump signed an executive order in March expected to roll back his predecessor Barack Obama’s plan requiring states to slash carbon emissions from power plants. There is also no carbon price mechanism across the United States like those in Europe and elsewhere, although there are two regional ones.

U.S. oil companies have some investments in solar and onshore wind, but when it comes to offshore wind, many say they are waiting for a time when government support is not needed.

“Chevron supports renewables that are scalable and can compete without subsidies,” said Morgan Krinklaw, a spokesman for Chevron, which owns an onshore wind farm.

A report from analysts at Lazard in December pegged the cost of U.S. offshore wind at $118 MWh, around twice as much as onshore wind or combined-cycle gas turbines.

Asked to comment on that figure, Statoil, which is building its first floating wind turbine park off the Scottish coast, said costs were coming down and it was working to drive them down further, partly by redeploying existing staff.

The company has about 1,000 employees in the U.S. oil industry, said Stephen Bull, senior vice president of the company’s wind business. “There’s scope for us to plug into our existing oil and gas supply chain,” he added, referring to existing contracts with equipment and service suppliers.

Statoil spokeswoman Elin Isaksen said she did not expect any of its offshore wind projects in the U.S. to have begun construction by 2019 and that it was too early to quote numbers for the New York project, while acknowledging there was, as yet, no supply chain.

“We expect to see – and will help – the supply chain evolve rapidly in step with the broader industry as offshore wind takes hold in the U.S. in the coming years,” she said.

JDR Cable Systems, a British company that has traditionally supplied subsea power lines to oil and gas platforms, earlier this year won a $275 million contract to provide electric cables for the largest U.S. offshore wind farm off the Maryland coast.

“We are well placed to develop business in the U.S. because of the existing relationships we have in Europe,” said John Price, global sales director for renewables at JDR.

State level decision-making on electricity procurement, the next stage of getting offshore wind off the ground, is helping.

Massachusetts, where DONG has secured a seabed license, last year issued a law requiring its utilities to buy up to 1.6 GW of offshore wind power by June 2027, with a tender to be held later this year.

DONG’s North America wind power president Thomas Bostrom said it would bid in the Massachusetts power purchase tender in December and would not comment on costs ahead of that. He too, emphasized his company was playing the long game.

“As excited as we are for offshore wind in the U.S., we are still in the early days of the industry,” Bostrom said.