European shares closed at their highest in more than a year on Thursday as Italian stocks surged on relief that Rome had avoided European Union disciplinary action and rising expectations of looser monetary policy by major central banks. 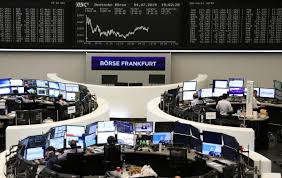 The pan-European STOXX 600 index rose 0.1%, extending gains to a sixth straight session on optimism that Christine Lagarde will stick to the ECB’s dovish stance as the central bank’s next chief.
Milan’s MIB .FTMIB rose 1% to hit its highest level in almost a year, while its bank index .FTIT8300 soared 3.4% after Italy persuaded the European Commission that new measures submitted this week would help bring its growing debt in line with EU fiscal rules.
While Italy has dodged a bullet for now, disciplinary action could be back on the agenda in the autumn when the 2020 budget is drafted, ING senior economist Paolo Pizzoli said.
“As things stand, crafting a fiscally sound 2020 budget will prove challenging.”
Trading volumes were thin, with U.S. financial markets shut for Independence Day.
Expectations of lower borrowing costs have helped European equities recover from May’s losses and resume their 2019 rally, with the STOXX 600 up more than 16% this year.
Meanwhile, trade-sensitive autos sector SXAP rose 0.4% on news that top representatives from the United States and China are arranging to resume talks next week.
Also helping the auto stocks were gains in French car parts company Valeo after it won 500 million euros ($564 million) worth of orders for its ‘Lidar’ sensors.
Capping gains were Spanish utilities as Enagas and Naturgy  which slipped 4.3% and 3.4% respectively on a media report that Spain’s antitrust authority would propose cuts to allowed returns of electricity and gas networks.
British Airways-owner IAG  and Coca-Cola HBC were the top fallers on the pan-European benchmark index as their shares traded ex-dividend.