More small and medium enterprises (SMEs) than could be accommodated subscribed to be part of the just concluded second edition of Lifestyle Fair, an initiative of Zenith Bank Plc to converge SMEs in the lifestyle industry for sales and networking. 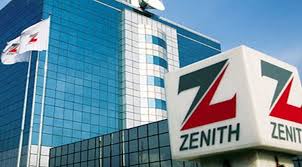 The figure indicated over five per cent increase from last year which recorded only 285 retailers.

From this year’s experience, Awokoyo hinted that there will be a significant increase in subsequent editions once the bank gets its permanent site.

Part of the increase, she said, was from the accessibility of the fair to retailers outside Lagos state.

“The maiden edition was open to only retailers residing in Lagos state. But this year, we have people applying from different parts of the country. We have a special booth for Aba SMEs. We sponsored the Aba SME Fair last month so they are here to participate in the fair. We are giving our customers exposure” she said.

Meanwhile, the Chairman of the financial institution, Jim Ovia, expressed satisfaction at the turnout, more particularly the layout of the venue which was transformed into a fairground of some sort.

He walked the length and breadth of the recreational facility, stopping at a few retailer booths to drop a few kind words of empowerment for the exhibitors, including big brand such as leading telecoms companies in the country.

The new venue accommodated more than a 100 exhibitors from different segments of the lifestyle sector. From fashion vendors to food vendors, the facility boasted a potpourri of activities.

There were also on display art works as well as a game arcade for children and adults who want to indulge in reminiscence.