The Nigerian Stock Exchange (NSE) witnessed increased participation of foreign investors in September with a sum of N94.45 billion transaction value by the expatriates. 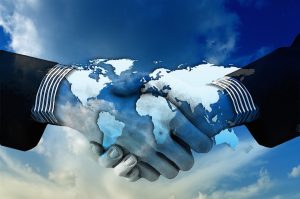 This represents 66.77 per cent of total transaction value at the exchange in the month which stood at N141.45 billion, thus leaving local investors with just one-third third of deals in the month at N47 billion or 33.23 per cent.

According to the NSE in its latest report on Foreign Portfolio Investment (FPI), the aggregate year-to-date (YtD) transaction value at the Exchange stood at N1.464 trillion, 26.86 per cent lower than N2.007 trillion posted in the comparative period of 2018.

Meanwhile, analysis of the NSE data, indicates that of the total N94.45 billion transacted by expatriates in the last month of Q’3, N47.73 or 50.51 per cent was capital inflow into the Nigerian economy, while N46.72 billion or 49.49 per cent escaped the local economy.

Similarly, the performance of the current month when compared to the performance in the same period of the prior year, 2018, revealed that total transactions increased by 8.64 per cent.

Foreign investors constituted 54.74 per cent, 52.61 per cent and 50.94 per cent of total deals on shares at the Exchange in January, February and March this year respectively.

Meanwhile, it plunged from 51.66 per cent in April to 34.94 per cent and 32.55 per cent in May and June this year respectively, following partial withdrawal of foreign investors from the local market on the back of political tension in the country and macro economic uncertainties around the world.

The tide, however, turned in the Q’3 with recorded active participation of the foreign investors in the market at 50.92 per cent, 52.38 per cent and 66.77 per cent in July, August and September this year in that order.

Experts have projected that the last quarter of this year will witness increase participation of foreign investors in the market and this is beginning to manifest even in the Q’3 as the expatriates outperformed their local counterparts.

According to experts, foreign investors are being attracted to re-enter the local market and take position for medium to long term stay given that most of the securities have experienced fall in share prices.

Analysts have observed that the time is right to take position in the market and take advantage of low prices as some of the stock even currently trade below their book value, albeit with strong fundamentals of the companies.