Restriction of foreign exchange for importation of foods will ultimately reduce the volume of imports and government revenue at the ports, the Shippers Association Lagos State (SALS) has said. 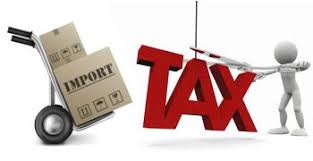 The SALS in a late reaction to government’s decision to stop giving forex for food importation raised concerns that Nigerian ports would continue to suffer, just as the manufacturing industry is suffering if the federal government decides to place a ban on forex for importation of certain goods items.

The latest import restriction came last month when the Federal Government directed the Central Bank of Nigeria (CBN) to stop issuance of foreign exchange for food importation, so as to increase local production of food in the country.

Jonathan Nicole, president of SALS, noted that already, the 41 items banned from accessing foreign exchange by the CBN has caused most industries to fold up.

According to him, the policy has had a ripple effect on most Nigerian shippers, the port system has suffered tremendously and poor Nigerians have also suffered effect of these policies.

He said, “I know that a large chunk of the foods imported are used by industries in Nigeria to manufacture finished food products. If the government now places a ban on forex for some of the items that industries need to produce the industries will suffer”

“I know one or two who found it difficult to import this year. With a workforce of about 500 Nigerians, they work three shifts before, but now they hardly do two shifts because they have cut production and overhead cost has also been cut.

“How many of the factories will survive if the government places a ban on forex for importation of their raw materials, which are not readily available in Nigeria? It means that our port system will be empty” he said

He said most of them enjoy the ninety days payment schedule from the manufacturers who give out the goods and collect money after ninety days.