The founder of Chams Plc and executive chairman of SmartCity, Demola Aladekomo, has called for the development of smart cities in Nigeria as a result of the UN’s projection that about 294 million Nigerians will migrate from rural to the urban areas by 2050.

He made the call recently at the 8th annual Lagos Chamber of Commerce and Industry (LCCI) 2022 Information, Communication Technology, and Telecommunication (ICTEL) Expo in Lagos, Nigeria. 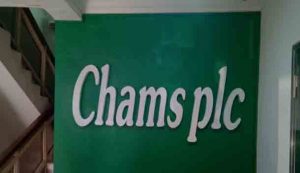 According to Aladekomo, who discussed efficient digital infrastructures through smart cities, “Migration should be seen as a process and not a problem. Good management of the migrating population and understanding migration factors can help in utilizing the phenomenon in a productive way without the inherent negative impacts it has on the society.”

Migration, according to former UN Secretary General Ban Ki-Moon, is “an expression of the human aspiration for dignity, safety and a better future. It is part of the social fabric, part of our very make-up as a human family.”

Aladekomo explained that a smart city is a place where you live, work and play; a place that enhances the quality of life you live and where you are also well entertained.

“Furthermore, it has to be environmentally-friendly and sustainable. Smart cities generally provide better security and safety. Most significantly, its infrastructure should be centred on the citizen rather than only being social, physical, institutional, or government-related,” he said.

He suggested that existing, poorly designed cities can be transformed into smart cities by utilizing polycentricity and agglomeration. By making them technologically capable, it would be possible to start to build new, decentralized towns and communities around Lagos, for instance, and manage them digitally from the start.

These new decentralized cities should also be grouped together in specialized forms, such as healthcare cities, technology cities, agricultural cities, etc. Agglomeration boosts efficiency in business, cost reduction, the development of jobs, and the reduction of poverty, he said.

Aladekomo also suggested using applicable technologies to advance in order to address infrastructure gaps. But in order to do so, the government must accept population growth as an opportunity, acknowledge the need for smart cities, accept rural-urban migration as a reality rather than a threat, use agglomeration and a polycentric approach to governance, and use technology to play critical roles in the creation and management of cities, he said.

He urged the promotion of private sector involvement, effective governance and the rule of law, the creation of long-lasting institutions, and the acknowledgement and replication of former heroes.

He explained to participants of the expo that SmartCity Plc. is constructing smart cities as part of its projects in Ibadan and Osogbo through the polycentrism of suburbs.

The LCCI Information, Communication Technology, and Telecommunication (ICTEL) Expo is a marketplace where business, technology, and innovation converge to explore prospects in Nigeria’s digital economy. It enables stakeholders to engage in robust discussion on the government’s aims to strengthen e-governance by 100 percent and increase the digital economy from 10.68 percent to 12.54 percent by 2025.