By Samson Echenim
Experts have advised Akwa Ibom State government to begin privatisation process of its new Ibom Air if it wants the airline to succeed. 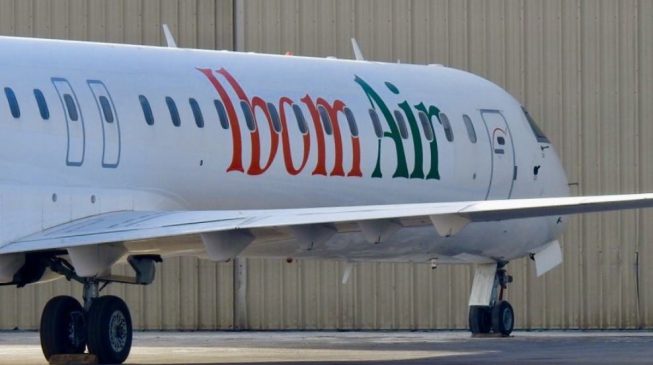 Ibom Air became the first state government-owned airline, after it was launched June 7 for commercial operation with three Bombardier CRJ 900 aircraft on Lagos-Uyo and Abuja-Uyo routes.
The airline was coming into the highly challenged Nigerian aviation market 16 years after the demise of a much larger national career, Nigerian Airways. Last year, former aviation minister, Hadi Sirika announced at an aviation summit that the federal government was re-stablishing a national career in partnership with the private sector, now to be called Nigerian Air, but nothing has been heard of it nearly one year after.
Experts and aviation workers who spoke with Business A.M said Akwa Ibom government needed to be more careful in its investment choice, as airline was not the kind of business any government should own 100 per cent.
“Akwa Ibom government should embark on public and private sectors joint enterprise, like a 49 percent private and 51 percent government equity. Since private investors will be more interested in making profits, professionals will be engaged and given free hands to run the airline,” said Fatai Afolabi, a management staff at an international airline.
He added: “The business becomes very lucrative when the fleet becomes large to serve up to the West Coast. The airline should not go beyond Nigeria and the West Coast. Not trying to compete with European and Gulf carriers. The lease option with technical partnership would be ideal. That is what sustained Aero Contractors until family intervention that also affected their banking business took the shine off them.”
Also commenting on the development, an industry expert, Ronke Duru said while the government was eager to improve business traffic to the state, it ought to know from “previous events” in the industry that it cannot manage an airline successfully. She stressed that the nature of the business demand that airlines are run with “a serious sense of professionalism and core business etiquette.”
She said: “May be we should refresh our memories to know why Nigerian Airways died. Many politicians were using the airline’s services without paying. They would even give notes to their children and friends chief executive to render services to them without paying. How are we sure that a similar scenario won’t play out with Ibom Air.
“We have heard all that Governor Udom Emmanuel said. He might mean business, but he has a very short time being there. Will the next government give premium to the airline? What if the next government comes from another party; are we sure the airline won’t be abandoned to die? I strongly will ask that the government privatise the airline. It needs more aircraft and needs to cover a lot more routes to be on the profit side.”