Two experts; a policy analyst in veterinary, animal science and an agriculture economist have called for a robust transnational collaboration between countries in the West African sub-region in order to ensure healthy and safe consumption of livestock in the region with Nigeria in particular. 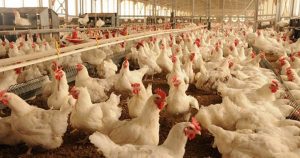 Kayode Ojeleye, at the ongoing Agra Innovate West Africa said that leaders of the Economic sub-region of West African States (ECOWAS) should look into the need to address the issue of bio-security in the region’s livestock farming ecosystem in order to checkmate the spread of livestock-related diseases such as avian influenza and African Swine Flu (ASF), adding that these diseases when in contact with animals in the region’s livestock farming and the markets could suffer a great loss.

Also, Egri Ejembi advocated that for the assurance safety consumption of livestock products, the government should commence rigorous meat and food inspection of all livestock animals in the country, especially animals that require moving from one location to another for feeding.

Ejembi added that the health status of animals before they are slaughtered and after slaughtering should be taken into consideration.

“On food inspection, it covers the aspect of processed foods derived from the animals like the corned beef we have in the markets, wherever such products are sold; and the government need to inspect the premises and the products,” he said.

In improving the livelihoods of smallholder livestock farmers and making available products derived from livestock farming like leather, hides and skin for international markets, Ejembi said that government should encourage the formation of groups of livestock farmers (co-operative societies) in the country, for them to take advantage of credits made available by the various financial lending institutions.

“What the government can do to make sure that we market our products in the international market is to promote the formation of a group of livestock farmers, that way, such group can access credits from the banks and also, farmers should take advantage of the economy of scale,” Ejembi added.

He, however, advised that farmers observe proper and standard livestock farming activities such as feeding and disposal of waste from their farms.

In actualising complete turnaround and adhering to global practices in livestock farming, Ojeleye urged members of the butchers association who are appendages to some of the political groups in the country to disassociate themselves so that whatever policies that are been formulated, the government would be able to effectively drive these policies in the country’s livestock farming ecosystem.