By Adeola Ajakaiye, in Kano
The ongoing effort by the National Broadcasting Commission towards a nationwide deployment of Digital Terrestrial Television (DTT) across Nigeria has the potential of creating over one million new jobs in the broadcasting sector of the economy, experts have observed. 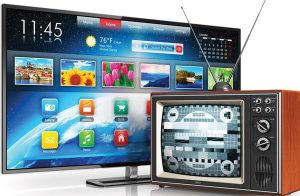 The complete switch over to broadcasting technology which is being vigorously pursued by the federal government with the switch on of the technology in the Kano Business City at the weekend, according to the experts, will provide an opportunity for the creation of additional new jobs across the broadcasting value chain in form of young indigenous technicians and marketers that will be required in the effective deployment of the technology.

In addition to the job opportunity which the deployment has to offer the country, the effective deployment of technology is also believed to have the capability of becoming a steady source of revenue earnings for the various tiers of government, private data-mining companies, as well as augment the earning capacity of the advertising companies that will be playing roles within the broadcasting value chain.

Edward Amana, chairman, Digiteam Nigeria, a team of experts assembled by the federal government to actualize the deployment of the technology, highlighted these advantages of switching over to the technology during a ceremony to flag off the project in Kano, said the movement from analog broadcasting to digital is also designed to ensure that the country is up to date in embracing digital culture.
Amana noted that with the deployment of the technology in Kano, over 100 technicians and marketers, drawn from the 44 local government areas of the state that will be provided employment to install and market the television decoder, have been trained.
He added that other benefits of the digital leap include job creation in the creative and set-top box manufacturing and retailing sector of the economy
According to him, the journey to DTT broadcasting started in the country on June 17th, 2006, following the deadline earlier set for the previous year, 2005, by the International Telecommunication Union (ITU) for member countries to switch over from analog to digital broadcasting, noting that due to the enormity of the challenges many countries, including Nigeria, reviewed their deadline.
“Following several reviews, Jos became the pilot city and on the 30th of April, 2016, Nigeria launched the pilot phase of the digital transmission project that kick-started the digitization process in the country. The Federal Capital Territory (Abuja) followed on the 22nd of December 2016.
“The digital broadcasting train got to Ilorin, Kwara State, on December 20th, 2017, and two days later, Kaduna State followed on the 22nd December 2017. Enugu State went live on the 12th of February, 2018, while the switch on of Osun State came on February 23rd, 2018, concluding the first phase of the digital switchover.
“In phase 2 of the digital sensation, 13 states are scheduled for switch on, starting with Lagos State, which switched on on April 29, 2021, and Kano joins today, November 2, 2021. Other states in the 2nd phase are as follows: Rivers, Yobe, Gombe, Imo, Akwa-Ibom, Oyo, Jigawa, Ebonyi, Katsina, Anambra, and Delta,” he stated.
Amana further disclosed that the DSO project when fully completed will translate to increased digital television penetration, improved quality television services, audience preference ratings at the touch of a button, crystal clear sound and visuals, and other value-added services.
Speaking during the ceremony held at Government House Kano, Lai Mohammed, minister, information and culture, and Governor Abdullahi Umar Ganduje, expressed commitment to the full implementation of the digital switch-on project, because of the tremendous benefits it connotes for the economy in the areas of revenue, and employment generation.
Governor Ganduje announced that his administration will be making the purchase of 100,000 setup top boxes of the decoder for onward distribution to the secretariats of MDAs, educational institutions, across the 44 LGAs.
Businessamlive Website Stats