Rabiu Yadudu, managing director of Federal Airports Authority of Nigeria (FAAN) has asked for support from the House of Representatives towards construction of new terminals and remodeling of airports across the country. 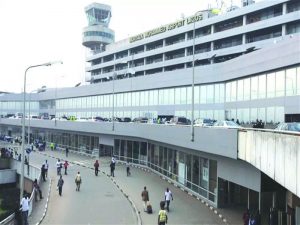 Yadudu, a flight captain, told the House of Representatives Committee on Aviation who were on an oversight visit to the authority on Thursday that despite obvious challenges, which included funding, FAAN was determined to be among the best airport groups in the world.

The committee which was led by its chairman, Nnolim Nnaji met with the management of the FAAN and proceeded to inspect ongoing projects and infrastructure at the Murtala Muhammed Airport, Lagos.

Addressing the Committee, Yadudu highlighted some of the achievements of the authority between 2013 till date to include “the certification of Murtala Muhammed Airport and Nnamdi Azikiwe International Airport in Lagos and Abuja respectively, construction of series of of brand new terminals with ultra-modern facilities in Lagos, Abuja, Port Harcourt, Kano and Enugu, Remodelling of FAAN training school and subsequent certification as a training institute.”

“Repair of runway and apron at MMIA, rehabilitation of runway at the Abuja airport, among several others were also carried out,” Yadudu said.

Speaking on the challenges confronting the authority, the FAAN boss said the agency’s quest towards ensuring that it delivers on her vision of being one of the best airport groups in the world remained its major focus, in spite of the dearth of fund available for airport projects.

He therefore solicited the support of the committee towards finding lasting solutions to the challenges.

In his response, Nnaji expressed satisfaction at the plans and programmes of the authority towards ensuring safe, secure and comfortable airport infrastructure in Nigeria.

He promised that the committee will continue to collaborate with and offer the needed support to the authority to achieve her goals.