Facebook on Tuesday said that it is devoting $1 billion during the coming decade in affordable housing, most of it in its home state of California. 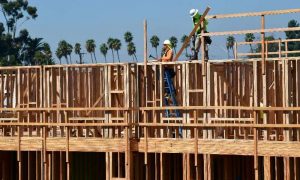 The leading social network has partnered with Governor Gavin Newsom and others on projects intended to result in as many as 20,000 new housing units for teachers, nurses, first responders and other “essential workers,” according to Facebook chief financial officer David Wehner.

“Access to more affordable housing for all families is key to addressing economic inequality and restoring social mobility in California and beyond,” Newsom said in a statement.

“State government cannot solve housing affordability alone, we need others to join Facebook in stepping up — progress requires partnership with the private sector and philanthropy to change the status quo and address the cost crisis our state is facing.”

Facebook has previously teamed up with community groups and local officials on affordable housing initiatives in the San Francisco Bay area and in the Silicon Valley city of Menlo Park, where it has its headquarters.

In San Francisco, a family of four with a household income of $100,000 per year is considered low-income, according to Wehner.

“We’ve learned that the production of affordable housing across the income spectrum is a problem throughout California and must be addressed through partnerships that bring companies, communities, non-profit organizations and policy makers statewide together to find creative solutions,” Wehner said.

Facebook is devoting $250 million to a partnership with California for homes on excess state-owned land where housing is scarce, and will provide $225 million worth of land it has already bought in Menlo Park to be used for more than 1,500 units of mixed-income housing, according to Wehner.

About a third of the money, some $350 million, will be allotted to affordable housing projects across the US, Facebook said.