Shares of Facebook Inc rose nearly 5% on Thursday, a day after the social network reported its third straight rise in the pace of quarterly sales growth as well as an uptick in users in some of its most lucrative markets. 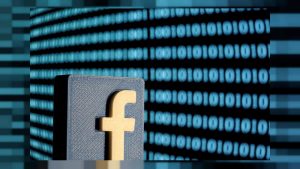 Wall Street analysts gave a more mixed reception to the earnings report, with at least nine analysts raising their price targets on the stock, while at least five trimmed.

But if the share gains hold through Thursday’s session, it would translate to a nearly $26 billion gain in value for the Silicon Valley firm.

Facebook, the world’s No. 2 seller of online ads, said that revenue would grow more slowly in the fourth quarter, at closer to about 20% to 25%, partly due to users choosing to limit the company’s ability to target ads to them using personal details.

That did little to shake brokerages’ faith in a business model that has generated stellar gains throughout the past two years, in counterpoint to growing pressure from politicians and regulators about privacy and competition.

“We remain confident in the strength of core usage trends and long-term opportunities from new monetization channels, even in the face of multiple distractions and political challenges,” Baird Equity Research analyst Colin Sebastian said.