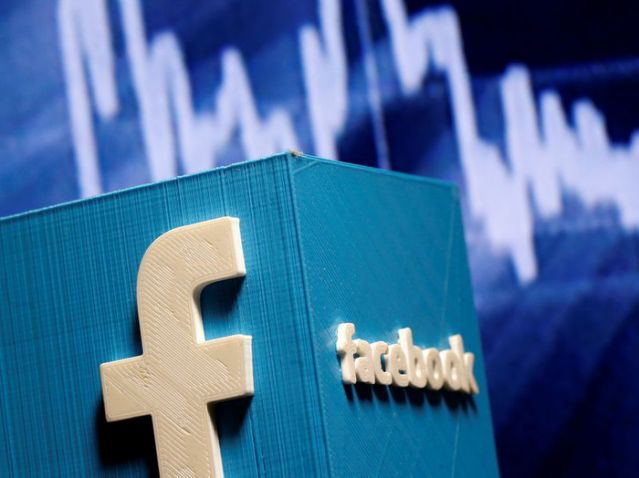 Facebook Inc said on Wednesday that growth would continue to slow as its business matured and it reported a surge in quarterly expenses, disappointing Wall Street expectations that the costs of improving privacy would level off.

The news raised concerns that Facebook’s days of astronomical growth were firmly in the rearview mirror, and shares of the world’s biggest social network dropped 7.2% in extended trading.

Facebook reported its slowest-ever revenue growth for the fourth quarter, at 25%, and Facebook’s chief financial officer, David Wehner, said on a call with investors that the pace of expansion will slow further in the first quarter of 2020. Wehner forecast a percentage point decline in the growth rate in the low- to mid-single digits, citing Facebook’s maturing business, the impact of global privacy regulation and concerns about ad targeting.

“We have experienced some modest impact from these headwinds to date. The majority of the impact lies in front of us,” Wehner said.

He specifically noted changes made by Apple Inc and Alphabet Inc’s Google, which have both announced new restrictions on browser cookies used to track users online.

Facebook, the world’s second-biggest seller of online ads, has been under fierce scrutiny worldwide in recent years over its privacy practices. It is also facing heat over how its services have been manipulated to spread misinformation.

The company addressed those issues starting in mid-2018 following repeated scandals, causing growth in expenses to surge by more than 100% for several quarters as it hired privacy staff and invested in content moderation.

That investment began declining last year, leading analysts to believe Facebook was largely finished building out its new systems and beginning to find efficiencies that could whittle costs further.

But the company reported total costs and expenses increased 34% to $12.22 billion in the fourth quarter, more than double the 14% that analysts had forecast and dragging down operating margins to 42% from 46% a year earlier.

It also announced it had reached a $550 million settlement in principle of an Illinois lawsuit that claimed it illegally collected and stored biometric data for millions of users without their consent.

The fourth-quarter revenue growth here of 25% did beat analysts’ expectations of a dip to 23%. But it is the company’s fourth straight quarter of revenue growth less than 30%, playing to concerns that Facebook is struggling to restore its pre-2018 momentum when sales regularly grew upwards of 40%.

Still, Facebook’s shares rose more than 50% over the last year, raising pressure for a strong performance.

“FB stock had made a big run-up in anticipation of the report …so the room for error was low,” said Daniel Morgan, a portfolio manager at Synovus Trust Co.

The company continued to add users, beating estimates. Monthly users of Facebook’s core social network climbed 8% to 2.5 billion, while 2.9 billion people used one of its apps – Facebook, WhatsApp, Instagram or Messenger – each month.

That unique reach keeps advertisers dependent on Facebook’s apps and online ad network. Facebook has also been trying to build out e-commerce offerings in the last year like Instagram Checkout, which make shopping more convenient by allowing users to complete transactions from within Facebook’s apps.

Chief Operating Officer Sheryl Sandberg said in the investor call that the company is moving “very slowly and very, very carefully” with those products.

Chief Executive Mark Zuckerberg, who has come under fire over Facebook’s decision to permit political ads that include false information and lies, said he would also focus the company on communicating Facebook’s values more clearly.

The company had generated “positive but shallow sentiment” by trying to be liked and avoid causing offense over the past decade, he said. “My goal for this next decade isn’t to be liked, but to be understood.”