The FAO food price index, which tracks monthly changes in the international prices of a basket of commonly-traded food commodities, plunged to a nine-month low in October 2022 as the food index dropped for the seventh consecutive month.

The  latest report by the Food and Agriculture Organisation of the United Nations showed that the food price index averaged 135.9 points against 136.3 points recorded in September.

Meanwhile, rising cereal price indices were offset by month-on-month declines in prices of all the other covered food commodities. 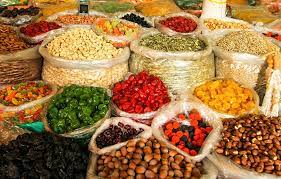 The FAO cereal price index averaged 152.3 points in the month under review, up 4.4 points or 3.0 percent from September and 15.2 points or 11.1 percent above its value in the corresponding period of 2021.

International reference prices of all the major cereals were up month-on-month as world wheat prices rose by 3.2 percent, reflecting continued uncertainties related to the Black Sea grain initiative.

According to the report, tighter supplies in the US, following a downward production revision, also contributed to the higher quotations in markets. International prices of coarse grains increased by 3.5 percent month-on-month, driven by a 4.3-percent rise in world maize prices. The maize price increase was attributed to lower production prospects in the US and the European Union, along with dry planting conditions in Argentina and uncertainty about the continuation of Ukraine’s exports. International sorghum prices surged 3.0 percent. International rice prices also remained on an uptrend during the month, but low demand limited the monthly price increase to 1.0 percent.

In contrast, the FAO vegetable oil price index was down 2.4 points or 1.6 percent at 150.1 points in October, but stood nearly 20 percent below its year-earlier level. The continued decrease of the index was attributed to  lower prices of palm, soy and rapeseed oils, which more than offset higher sunflower seed oil quotations. International palm oil prices declined slightly from the previous month, broadly weighed by lingering heavy stock levels in Southeast Asia, despite concerns over unfavourable weather prospects in pockets of major growing regions.

On a similar trend, the FAO dairy price index recorded its fourth consecutive monthly decline, averaging 140.1 points in October, down 2.5 points or 1.7 percent from September. However, it remained 18.7 points or 15.4 percent above its year-on-year value. The report also noted that market uncertainty about the direction of demand for dairy products, due to soaring inflation and economic downturns, also weighed on international dairy prices.

The FAO meat price index also declined for the fourth consecutive month, averaging 118.4 points in October,1.6 points or 1.4 percent below the September index. However, the index remained 6.4 points or 5.8 percent above its value a year ago.

Meanwhile, the FAO sugar price index averaged 109 points in October, down 0.7 points or 0.6 percent from September and 10.1 points or 8.5 percent from its value in the corresponding month last year. The FAO report noted that the positive global supply outlook for the 2022/23 season, further bolstered by improved production prospects in India, weighed on world sugar prices during the period under review. However, concerns over rains hampering harvest progress in Brazil and delay in the start of the season in India limited the month-on-month price decline.