FC Barcelona, one of the three world-famous Spanish football clubs and a true economic powerhouse for the region of Catalonia, has recently announced its results for the 2019-2020 economic year. And the results are not rosy: not only have its revenues decreased (and partially transferred to the next economic year) but it also posted a loss. This is all the more disappointing because the club was expecting its revenues to exceed €1 billion for the first time in its history. 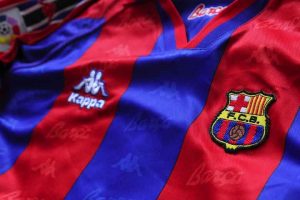 The cost of a shutdown

Most European countries suspended their football seasons due to the pandemic around the middle of March, and football didn’t resume until the summer. Spain was no exception: La Liga was suspended on March 23 and only resumed mid-June. This left the purses of football clubs as empty as the Betway Mobile App was during the lockdown. Betway’s offers were very slim during that time, with just a handful of sports and eSports, and the top-flight football league of Belarus. The end of the lockdown brought football back to Betway but it didn’t bring fans back to stadiums, which left a major hole in the football clubs’ revenues.

The real extent of the world’s biggest football clubs’ losses is yet to be seen. Barcelona is among the first to draw a line and crunch the numbers – and the results don’t look great. Instead of the estimated €1.059 billion, Barcelona’s revenues were just €855 million, a 14% decrease year-on-year compared to 2019. The club officials announced that the revenues decreased by €203 million, so instead of the expected €2 million in profits, the Catalan club had losses of €97 million.

“FC Barcelona has not been immune to the outbreak of Covid-19,” a statement on the club’s website reads, “but its consequences have had a massive effect on the entire sports industry, with widespread losses of revenue among all clubs in all the major leagues due to the restrictions that had to be applied to curb the spread of the disease, including competitions first being suspended and then resuming but with matches being played behind closed doors.”

Back in July, the European Club Association (ECA) published an estimate of the pandemic’s impact on European football clubs. The numbers are pretty dire: according to the Association, clubs face €3.6 billion in lost revenues this season (without player transfers). The most affected revenue stream for football clubs is the “direct matchday revenue” – their revenues from ticket sales are expected to half. At the same time, their expenses – especially those with player salaries – have remained constant. According to ECA’s estimates, salaries will represent more than 65% of the clubs’ revenues in this season (compared to the normal, around 60%), and the ratio will grow to around 70% in the next season.