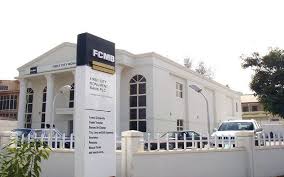 These, among others, are contained in its audited account for the year under review, which indicated that the Group’s gross revenue increased to N188 billion compared to N177.2billion in 2018.

Similarly, the strong performance also manifested in profit before tax, which rose by 9 per cent to N20.1 billion, and consequently, the group’s declaration of  a dividend of 14 kobo per share to shareholders.

The financial results also showed that net interest income increased by 5 per cent Year-on-Year (YoY) to N76 billion for the twelve months of 2019 from N72.6 billion within the same period in 2018.

In demonstration of enhanced customers confidence in FCMB, deposits grew to N943.1 billion in December 2019, as against N863.4 billion in September 2019.

Also, loans and advances disbursed by the group as at the end of December 2019 stood at N715.9 billion, representing a rise of 12 per cent on quarterly basis, compared to N638.1 billion in September 2019.

Moreover, its total assets appreciated by 10 per cent quarter on quarter to N1.67 trillion in December 2019 from N1.52 trillion in September 2019, just as capital adequacy ratio stood at 17.17 per cent, which is above the benchmark set by the Central Bank of Nigeria (CBN)

Commenting on the overall performance, FCMB Group stated that, “Post-tax profits increased by 16 per cent to N17.3 billion, this translates to a return on average equity (RoAE) of 9 per cent and earnings per share of 87.2 kobo, an improvement on 8.1 per cent and 75.2 kobo, respectively, in 2018”.

“Our businesses continue to improve with growth in other key indicators, such as loans and advances, deposits and assets under management (AUM), which grew by 13.1 per cent, 14.8 per cent and 28.3 per cent, respectively. Our customer base also grew by 27.7 per cent across the Group from 5.3 million to 6.8 million.”

Photo story: 2019 US Secretary’s Award for Corporate Excellence in Washington