FCMB Group Plc recorded an impressive financial performance across all indicators for the third quarter ended September 30, 2022, led by a 68.4 percent year-on-year growth in profit before tax (PBT) of N26.5 billion, compared to N15.7 billion recorded  in the corresponding period of 2021. 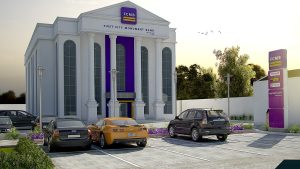 Highlights of the Group’s unaudited nine-month results showed double-digit growth across all business segments, according to a statement by the Group. The banking group rose to 74.8 percent, consumer finance increased to 30.8 percent, investment management was up 47.1 percent, while investment banking was firm at 220.9 percent.

The diversified group’s gross revenue rose by 33.9 percent to N200.1 billion for the nine months ending September 2022, compared to N149.5 billion in 2021. A 33.1 percent growth in interest income and 36.1 percent in non-interest income were identified as key drivers for the significant growth.

In yet another positive stride, net interest income  grew by 42.3 percent from N65.4 billion in the first nine months of 2021 to N93.1 billion in the corresponding period of 2022.

The bank’s financial position also showed a stronger and more robust customer confidence in the period under review than in the corresponding period of 2021. As such, deposits grew by 25.3 percent to N1.8 trillion from N1.5 trillion; loans and advances increased by 22.5 percent from N967.5 billion to N1.2 trillion, and assets under management rose 48.2 percent from N510 billion to N756 billion. In all, total assets stood at N2.9 trillion against N2.4 trillion in September 2021.

The group also said it acquired over 1.2 million customers in the nine months to September 2022, taking its customer base to 10.4 million customers. In addition, FCMB capital markets raised and advised on investments totalling N599.8 billion in the first nine of months of 2022, compared to N463.9 billion in the year-earlier period

Commenting on the results, Ladi Balogun, Group chief executive of FCMB Group Plc, noted that the company leverages on a unique group structure to build a technology-driven ecosystem that fosters inclusive and sustainable growth in the communities served.

“This strategy enables us to deliver robust performance despite the challenging domestic and global environment. Barring unforeseen circumstances, we believe this performance trend will continue,” he said.