Direct savings from yearly appropriations of ministries, departments and agencies (MDAs) on the integratedpPersonnel and payroll information system (IPPIS) has grown to over N100 billion. Zainab Ahmed, the minister of finance, said this on Tuesday in Abuja while delivering a keynote address at a retreat. 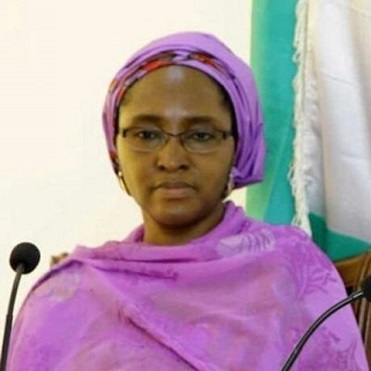 Reports have it that the retreat was organised for relevant stakeholders on IPPIS by the Office of the Accountant-General of the Federation (OAGF). The retreat had as its theme: “The role of MDAs in the implementation of IPPIS and its effect on Workers’ Condition of Service and Government Revenue.’’
Ahmed, who was represented by her special adviser, Armstrong Takang, said that more than 519 MDAs had been brought under the policy. She added that government personnel found to had been involved in the inclusion of ghost records on the platform were being prosecuted, while some were already serving jail terms.
NAN reports that through the platform, the federal government had recorded successes such as savings and cost reduction, elimination of manual and file based system, as well as reduction and elimination of corruption and sharp practices. Others are enabling accurate and reliable information about the size of government’s workforce, while embracing the use of scientific budgeting and estimation.
Ahmed, however, said that until the platform was efficiently implemented to the stage where it was impossible to insert ghost employees or automatically remove retired personnel and transfer them to pension records, the aim of the policy would not be achieved.
The minister charged the participants to provide strategic direction for continuous implementation of the policy in their MDAs and ensure effective personnel budgeting during budget preparation. “Thus, it is expected that there would be a renewed drive to capture all outstanding MDAs on the platform, while ensuring the continuous verification of the personnel records on the IPPIS system.