Nigeria’s privatization agency, the Bureau of Public Enterprises (BPE), says the sale of 21 percent stake of the Federal Government in the Nigerian Security Printing and Minting (NSPM) Plc. to the Central Bank of Nigeria (CBN 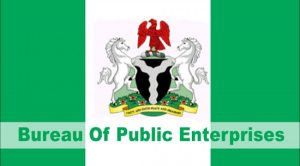 ) will contribute over N17 billion to the national treasury.

Alex A. Okoh, the director general of the agency disclosed this at the signing ceremony for the sale of the Federal Government’s 12.4 billion shares in the NSPM to the Central Bank of Nigeria (CBN) Tuesday, September 18, 2018.

Okoh also said that the conclusion of the transaction represents another success in the implementation of the Federal Government’s privatisation and commercialisation programme.

He maintained that the Federal Government was handing over to the CBN; a company with tremendous potentials to achieve significant growth. The DG said this could be attested to by the following:

Africa is a fast growing market for security printing. The industry is projected to grow at an average annual rate of 9.6% over the next 5 years. This growth is fuelled by high population growth and increased mobility across the region as well as increased spending on identity programs. The global market for passports and ID cards is valued at around $3.7 billion and is growing at 6% per annum; and

In the area of its core operation which is currency printing, the total amount of cash in circulation is growing at 4% per annum globally and is expected to increase at a similar rate in future.

He recalled that the earlier effort to privatise the Mint between 2002 and 2004;pursuant to section 1 (3) of the Public Enterprises (Privatisation and Commercialisation) Act were unsuccessful necessitating the National Council on Privatisation (NCP) to formulate a different transaction strategy and approved the strategic investment by the CBN in the company.

“The purpose of the strategic investment was for CBN to manage, restructure and restore the company to profitability within a period not exceeding 5 years, following which it would be privatised by the Bureau.

“In compliance with NCP’s directive, the Bureau warehoused 12.69 billion shares of the Federal Government’s holding in the Mint with the CBN at a par value of 0.50k per share amounting to N6, 344,900,000. It was further agreed that this consideration would be refunded to the CBN from the proceeds of sale realized from the eventual privatization of the company.”

He said the CBN’s strategic investment in the company was a success, achieving its objective of turning around the fortunes of the company and returning it to profitability.

Following the expiration of the strategic investment period, the Director General added “the CBN indicated its strong intention to acquire the company on an arm’s length basis, noting the sensitive and strategic nature of the security printing and minting services rendered by the company which include immigration and electoral materials”.

He added that after a careful consideration of the pertinent issues, the Bureau submitted a proposal to the NCP to formalise the sale of 21 percent of the Federal Government’s interest in the company to the CBN whilst Government would retain an equity holding of 10.1 percent, which the Council duly approved.

Also speaking, Godwin Emefiele, the Central Bank governor, said that the NSPM is a national asset treasured by the government.