Determined to mitigate the health risks associated with abusive use of drugs, the Federal Government on Wednesday reaffirmed its commitment towards strengthening policies on the regulation of the use of antimicrobial in the country. 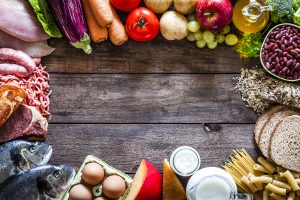 Mohammed Bello Umar, the permanent secretary federal ministry of agriculture and rural development,  made this disclosure during the National Antibiotic Awareness and Media Engagement Week held in Abuja.

Umar explained that antimicrobial resistance posed great health challenges to humans, animals and the environment and that if the menace is not checked could wipe out millions of our people, animals and even distort the ecosystem.

He explained further that ‘antimicrobial resistance (AMR) represented a situation whereby antibiotic (drugs) that were effective in the treatment of diseases and infections are no longer effective against the same diseases or infections that they are being treated.

According to him, it is in the light of the foregoing that the National Action Plan for AMR (NAP) in Nigeria was developed and endorsed by the Ministries of Health, Agriculture and Environment and the AMR secretariat is domiciled at the Nigeria Centre for Disease Control (NCDC).

Umar, therefore urged all relevant stakeholders and the general public to take the fight against AMR seriously in their respective domains and not to leave it to the government alone, noting that the responsibility of the government is to put in place enforceable policies and regulations on the use of antimicrobial.

In her presentation at the forum,  Dooshima Kwange, a Director Quality Assurances in the Department of Veterinary and Pest Control, pointed out some of the roles of the media in fighting antimicrobial resistance to include; creation of awareness and education of the stakeholders, policy makers, livestock and fish farmers veterinarian and health workers, pharmaceutical companies, among others.

The National Antibiotics Awareness and Media Engagement Week were instituted by the Tripartite World Health Organisation (W.H.O), World Organisation for Animal Health (OIE) and the Food and Agriculture Organisation of the United Nations (FAO) and is being marked annually in various countries.