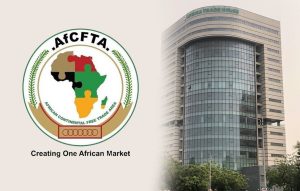 Meanwhile, a trade expert and former director general, Nigerian Chambers of Commerce, Industry, Mines, and Agriculture (NACCIMA), John Isemede, in a comment to Business A.M. noted that upon Nigeria’s ratification of the agreement, manufacturers association that were part of the ECOWAS Trade Liberalization Scheme (ETLS) would provide all the necessary documents and assistance to all Nigerians and Africans on how we can run the AFCFTA using the existing ECOWAS templates.

He added: “The AfCFTA would be governed by five operational instruments which are; the rules of origin, the online negotiating forum, the monitoring and elimination of non-tariff barriers, a digital payments system and the African Trade observatory issues.

“In terms of numbers of participating countries, the AfCFTA  would be the world’s largest free trade area since the formation of the World Trade Organisation; estimates from the Economic Commission for Africa (UNECA) suggests that the AfCFTA has the potential to both boost intra-African trade by 52.3 percent by eliminating import duties, and to double this trade if non-tariff barriers are also reduced.”