A new entrant into the Nigerian real estate market, First Homes Africa, has promised to simplify the difficulties involved in owning personal houses in Nigeria by deploying tech-driven innovations to deliver 60,000 in the next four years. 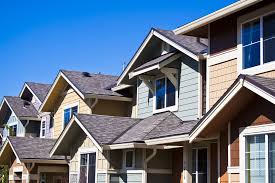 Francis Ekeng, founder of First Homes, said the initiative is meant to address future housing challenges as it centres on young adult, who will leverage the platform to possess their personal houses at early ages.

Ekeng noted that Nigeria has, over the years, faced a chronic housing deficit currently estimated at between 17 to 20 million housing units and is expected to increase annually.

According to him, this is the gap First Home Africa is out to close.

He described First Homes as an online real estate start-up offering a transparent, flexible and unique approach to home ownership targeted at the continent’s young adult.

By focusing on the least served demographic in the African housing market, he said the company provides housing designs and payment terms that are tailored to the life style of Africa’s millennial.

While he said the firm is using a lease-to-own model in executing the housing project, he explained that the approach would promote saving culture among prospects, who will have personal wallet on the platform and still enjoy absolute access to their money.

He said: “We are using platform technology to build business models that were not previously possible, but allows for intelligent data aggregation and smart network connections.

“With the use of technology- cloud computing, big data, predictive analysis, artificial intelligence, mobile technology and social networks, we plan to create a pull approach to housing market and create houses that are suited to the continent’s young adults lifestyle; reduce the waste traditionally associated with house design and building in Africa and pass the savings on to the target market in form of affordable housing.”

According to him, the platform, with its mobile App now Android, brings new thinking and innovation to solving an old problem by leveraging on network connectivity and data intelligence to create smart business solutions.

Also speaking on the initiative, co-founder, Bayo Ogunnusi, explained that First Homes only requires that an individual saves an agreed amount in his wallet for a period of 15 months consecutively.

“Once you do this, you will be presented key to your apartment to pack in while you keep paying the balance gradually within a period of 15 years. The choice of locations you want your apartment will be made ready and once we have enough numbers of people in the area, we begin construction and complete it few months after.”

Ogunnusi stated that unlike what obtains in the way people run housing project, “Firm Homes Africa is putting the power in the hands of the buyers and not the developer. The system has brought together all the stakeholders such as engineers, insurance companies and financiers.”

According to him, First Home Africa solution would involve a user-friendly platform that enables the target market to make a commitment to saving a predetermined amount over an agreed period.

“The credibility of members of the platform shall be determined by using technology stack, which includes cloud technology, big data, predictive analysis, artificial intelligence, mobile technology and social media – technological solutions that were not previously available.

“In addition, the platform would allow its members to withdraw from their savings, though subject to a penalty, to deal with life unforeseen expenses. The monthly deposits will be kept in an escrow as it is paramount that members remain in control and have access to their savings until they move into their property,” he explained.

To further enhance delivery on its brand promise, he said, First Homes Africa is already working with trusted partners in the housing ecosystem in Nigeria ranging from banks, insurance companies, building materials manufacturers, among others.