Every year, the industry sets a series of expectations based on the results of the previous six to twelve months. Just weeks away from 2020, there’s a series of trends that loom in the horizon and have served as talking points for leaders in conferences and specialised media outlets throughout 2019. As the world gets smaller thanks to increased range and speed of aircraft, and where a transparent commitment to “go green” is demanded by stakeholders, the shifting winds in the business aviation market will be part of the 2020 flight plan. 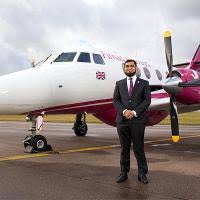 Private flight is reaching new sectors, according Traveldailynews.com, thanks to its efficiency and flexibility, allowing small and medium companies to experience the value of using private air to support their bottom-line.

This market provides cost-efficient aircraft with the capability to land in remote locations, thus saving money when compared to commercial flights that need even two legs to get to the destination. And some actors, like Firnas Private, with the “mission of making flying private more affordable for everyone irrespective of their financial background”, as previously stated by its CEO Kazi Rahman, are helping to make accessibility a reality.

The acquisitions of PrivateFly by Directional Aviation and JetSmarter by Vista Global, major players in the industry, are a result of a move towards an on-demand model, navigating away from fractional ownership and long-term memberships. It’s a move towards flexibility which offers more value to operators and brokers alike. Furthermore, long-term deals and rigid memberships don’t align with a new and active target audience: the millennials.

There’s more to private aviation than the US and European markets. Did you know Brazil has the second largest pool of executive fleet aircraft in the globe? The BRICS: Brazil, Russia, India, China and South Africa, big countries with major emerging economies. Private aviation will continue serving as a special link to a somewhat underdeveloped commercial aviation ecosystem, with gaps in schedules and infrastructure

eVTOL, or electric vertical takeoff and landing aircraft are closer to operations than some might think. For 2020 it will be on the private aviation agenda. Major manufacturers as Bell and Embraer want to make this a reality sooner than later. It’s a concept that would work best for short-range or urban flights, especially for cities with a high concentration of auto traffic and skyscrapers. Infrastructure and regulation need to align with investment for safer and efficient aircraft.

Going green is an added value to all industries. Stakeholders are demanding a sustainable stance and rewarded with loyalty. Brand values, today, affect consumer behavior and aviation is no exception. More efficient planes, less noise, and investment in research, as the joint efforts by Airbus, Rolls-Royce, and Siemens for hybrid-electric propulsion, are shaping the future.